Home
Read in Tamil
Why Are Tamil Parents So Embarrassing?
Witnessing my big sister’s routine before she left for high school each morning is the earliest memory I have of realizing just how much our parents embarrassed her. Observing her ritual was like watching a real life version of the Road Runner. She was so quick you would’ve thought Wile E. Coyote was chasing her.
no category 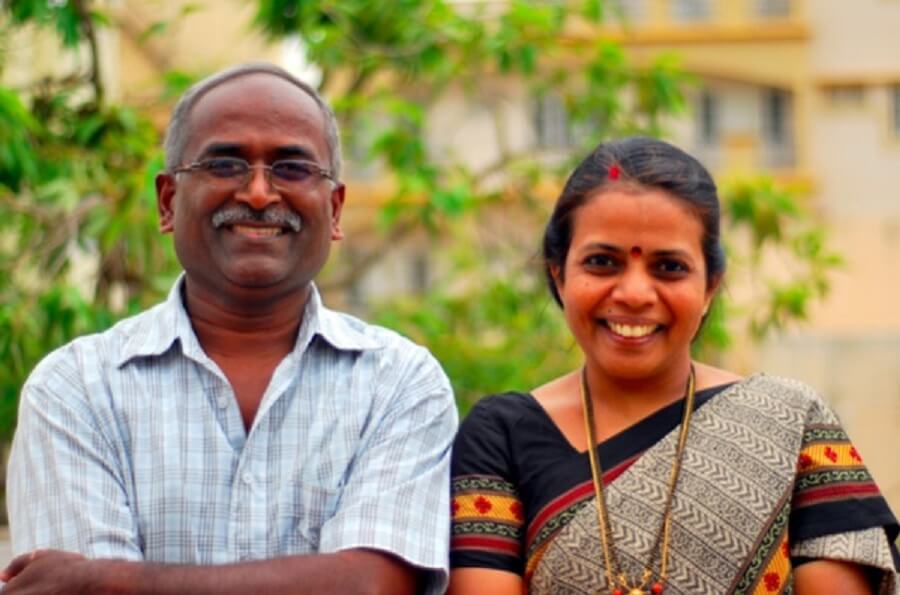 Witnessing my big sister’s routine before she left for high school each morning is the earliest memory I have of realizing just how much our parents embarrassed her. Observing her ritual was like watching a real life version of the Road Runner. She was so quick you would’ve thought Wile E. Coyote was chasing her.

My sister would fly into the kitchen, fix a bowl of cereal, and zip up the stairs three at a time like she was Perdita Felicien. Now between the two of us (my sister and me, not Perdita and me), I’m easily the “athlete”. But on weekday mornings, my sister summoned otherworldly sprinter genes to ensure that her jeans stayed scent free.

Why? Let’s just say that my mother was Chef Curry with the pot well before Ayesha. Mornings were the only time my mom had to cook, so these were peak hours for when the house smelled the most – or as I liked to call it “wreak hours”.

As a child, observing my sister meticulously maneuver through the house to avoid smelling like curry was beyond me. But as I grew up, I began to empathize with her. I became more self-conscious about our culture. I loved my mom’s chicken curry, but taking lunch to school was something I kept to a minimum. Comments like “Hey Apu, it looks like someone shat on top of your rice” and “Rice rice baby” were ones I preferred to avoid. Having friends over was reminiscent of an interview where the employer asked hard-hitting questions that were virtually impossible to answer. “Why is your remote wrapped in plastic?" "Why does it say 'salt' but have crushed chili flakes in it?” All I could do was shrug my shoulders or try finessing my way into a response.

Convincing my dad to let me shave my first moustache was as likely as us leaving someone’s house without lingering by the door for an extra hour – impossible. My dad’s desire to spare me the hassle of frequent shaving resulted in the most important people I’d ever meet – high school’s finest – laughing at my expense.

When I told my dad that people were saying I looked like a FOB ("Fresh Off the Boat"), he would tell me not to worry about what others thought. Ironic given that he constantly worried about what others would think when it came to my studies or me dating. On the bright side, my caterpillar lip did teach me the responsibility of caring for a pet – and it was a huge hit with the ladies (I’m lying - a dog is much more work).

While I was in university, my dad discovered grocery store price-matching. He couldn’t have been happier. Whenever we got to the checkout counter, a queue longer than morning traffic on the 401 would form behind us while my dad made sure he was locking down the cheapest deals.

In hindsight, I realize that our parents weren’t intentionally trying to embarrass us. My dad didn’t make me wear long johns just so I could practice my "roll up the rim to win" skills while hiding them during gym class. He just wanted me to be warm during the winter.

My mom didn’t purposely bathe us in the scent of curry just because she thought the ridicule we’d endure would be a character building experience. She just wanted to keep our stomachs full. The mockery that ensued just happened to be the trade-off – even though it wasn’t her intention.

Although I’m ashamed to admit it now, many times while growing up I thought that because I was born and raised in Canada, I was superior to my parents. What I failed to realize was that without my parents’ sacrifice, I wouldn’t be Canadian. The same accent they “embarrassed” me with when they spoke to my friends was the same one that raised me.

As I’ve matured, I’ve come to realize that I wouldn’t change a thing about them. I didn’t always agree with their methods. But they unceasingly worked to keep our best interests in mind. I may do some things differently when I’m in their shoes, but I’ll definitely try and remember to emulate the gold standard they set. I know my parents built the foundation of their life by sacrificing for my sister and me. It took me a while to accept their constant need to use coupons and bargain without being embarrassed by how “cheap” they were being. I suppose learning the value of every cent has taught me that being frugal isn’t a bad thing.

I suppose the only actual embarrassing thing was that our parents never taught us Tamil. They thought it would be tough for us to learn English in Canada afterwards, but didn’t realize it would be impossible for us to watch a good Tamil movie without subtitles. However, once again they were just looking out for us.

So now whenever I see my dad at the kitchen table with a stack of newspapers comparing flyers from Walmart and No Frills, instead of acting like I’m the son of Warren Buffet, I appreciate his enthusiasm. Although I’ll never know why my mom refused to label anything correctly, it’s nice to know that whenever I order a pizza and need an extra kick, I can just grab the salt.

Related articles: Why Tamil Parents Need to be Better Parents When Did My Parents Get So Cool? It’s Time to Start Appreciating our Tamil Parents

Penn E. Hardaway
Follow
You may also enjoy these