Write an Article
Follow us
no category
Read in Tamil
A Timeless Timepiece: My Search for a Tamil Clock in Chennai
We departed from our home a bit after noon. My grandmother and I hadn’t bothered to arrange for a driver — the buttery yellow TVS autorickshaws circling the vicinity enthralled her just as much as they had me, an NRI. We caught one quite quickly and hopped on. The route wasn’t far — just a few blocks north. 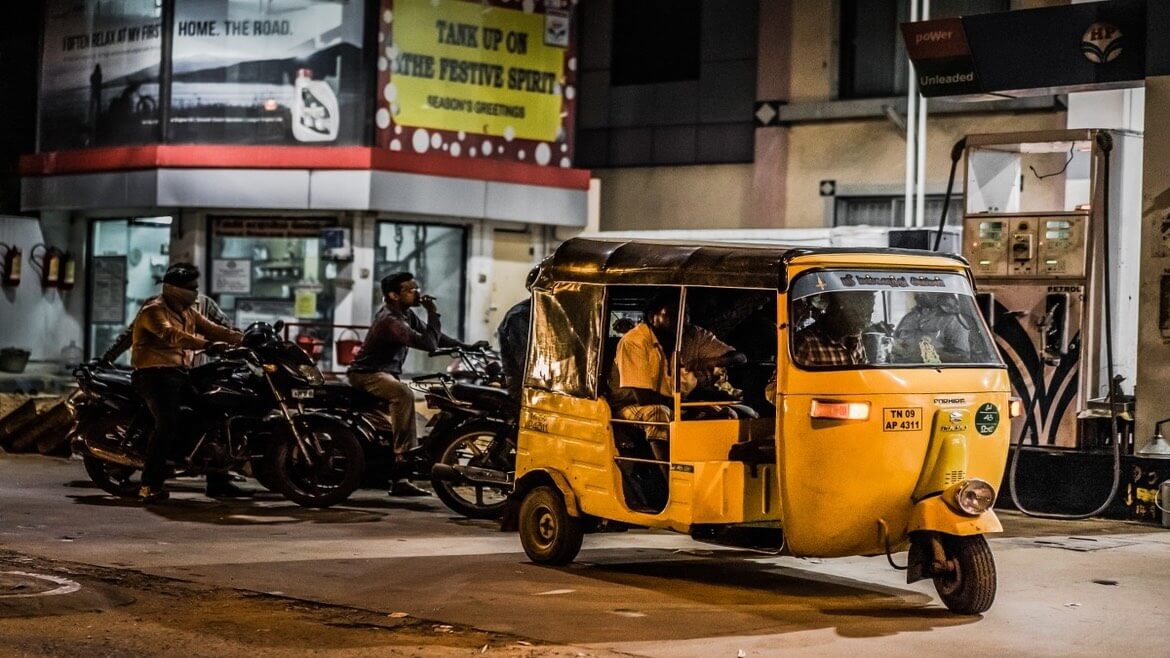 We departed from our home a bit after noon. My grandmother and I hadn’t bothered to arrange for a driver — the buttery yellow TVS autorickshaws circling the vicinity enthralled her just as much as they had me, an NRI. We caught one quite quickly and hopped on. The route wasn’t far — just a few blocks north.

Here, there was a small, partially dilapidated pawn shop. Helping my grandmother off the left-hand side of the rickshaw, we told the driver to wait. Entering the shop, there was a myriad of clocks of varying shapes, sizes and colours, all placed throughout the walls.

A few wristwatches were there as well, locked inside transparent display cases. I approached the clerk, a middle-aged, moustached man, and explained to him the specifications of what I was looking for — a wall clock with Tamil numerals. The man didn’t understand. I rummaged my pockets for my cellphone, pulled it out, and accessed a photograph I had saved earlier. I knew the majority of Chennai wouldn’t have the foggiest idea as to what Tamil numerals were, or that they even existed. The man clutched the rims of his spectacles, lowering them as he squinted at the digital display. He immediately shrugged his shoulders and raised his brows. "Indha maadhiri inga kidaikkaadhu, thambi." He looked at my grandmother, sighed, and began giving us directions. "Neenga onnu pannunga. Kizhakku pakkam ippadiye ponga, Spencer Plaza, Devi Theatre, elaam thaandi. Muthuswamy Road vandhu muttum podhu, anga oru chinna kurukku sandhu theriyavarum. Anga thirumbunga, left-la oru periya kattidam — P. Orr and Sons. Anga indha maadhiri thayaarippaanga." "Saringa. Thanks’nga." My grandmother sat down on a nearby bench. She was stirring in her handbag. "Enna kodanjindirukka?" "Illa da, andha autokaaranukku kaasu kodukka vendaamaa?" "Adhu irukkattum. Nee vaa." My grandmother and I hopped back onto the same autorickshaw in which we had arrived. The autokaaran was sound asleep, but woke himself up after we sat down. I updated him on our new destination and we were off. The ride was long — nearly forty minutes with traffic — but worth it.

Soon, we arrived. I asked my grandmother to stay in the rickshaw as I quickly dashed into the store, almost certain that my request would elicit the same response from this store owner as it had from the previous one. Sure enough, I was redirected to another store in Broadway. "Evlo da alaiya veppaanga?" "Idhu dhaan paatti kadaisi." "Oru tea saaptu pogalaame..." And thus we stopped at a tea kadai. "Anna, moonu tea, onnu without." I gave my grandmother and the autorickshaw driver their teas before I collected mine. The driver was flattered. "Enakkellaam..." "Paravaayillai’nga. Tea’ndra anubavam ellaarukkum sondham." And I meant it. I loved tea. The enchanting tea itself, of course. But also that authentic tea kadai glass it came in. These may have been ordinary facets of Chennai life to my grandmother, but they were priceless joys to me – ones that ceased to exist in North America. We had our tea and continued to the final store. This store owner didn’t decline our request. But he was surprised. My sweet grandmother, of course, gave me a flattering introduction as she had to the others we had met. "My grandson. America vilirundhu vandhirukkaan. Evlo azhagaa thamizh pesraan paaru, ivan uyire thamizh dhaan. Thamizh idhu, thamizh adhu..." We sat and spoke for a while about Tamil and its antiquity, of course. But also about traveling. And about tea. I showed him the model wall clock I had shown the others, comprised of elegant Tamil numerals.
[caption id="attachment_19519" align="aligncenter" width="378"] 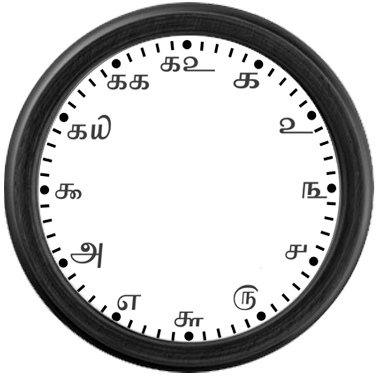 Here's what the clock looked like.[/caption]

"Senju kodukka mudiyumaa, aiyaa?" "Kandippaa mudiyum." I brimmed with glee and so did my grandmother. In fact, in the heat of our profound conversation, my grandmother ordered one for herself. We placed the order. My grandmother picked it up for me and handed it to me about a week later. It looked absolutely amazing. My grandmother thought so as well. "Vaazhthukkal, America-vaazh thamizhaa." The clock still hangs in my Greater Boston condominium. Visitors come and go, peering at the clock and commenting on it. Some consider it majestic, some dismiss it altogether. However, as I sit, each tick of my clock continues to inspire me to write. Each tock reminds me of myself — born in the United States, yes, but a Thamizhan. And that’s quite beautiful, isn’t it? Related articles: A Tamil-Canadian Woman’s Experience in Chennai: Part 1 “Chennai is a City but Madras is an Emotion” The Chennai Chapter: Single and Youngu and Female Chennai Entrepreneur Brings a New Flavour to the Marketing of Tamil Movies Masala Dosa to Die For