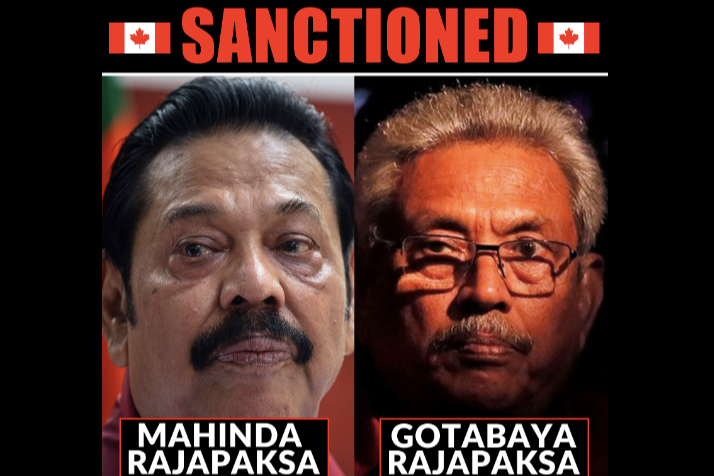 Today, Minister of Foreign Affairs, Melanie Joly announced that Canada has imposed sanctions on the two most senior members of the government, Mahinda Rajapaksa who was President and Minister of Defense in 2009, and his brother, Gotabaya Rajapaksa, who was the Secretary of Defense at the same period.  In addition to the Rajapaksa brothers, the sanctions imposed today include Sri Lankan Army Staff Sergeant Sunil Ratnayake and Navy intelligence officer Lieutenant Commander Chandana Prasad Hettiarachchi. The sanctions imposed by the Government of Canada against these four Sri Lankan government officials is an important next step towards accountability in Sri Lanka.

Did you watch Black Panther? You just got an interesting insight into Sri Lanka’s colonial history

Listen to our new podcast 'Identity'!