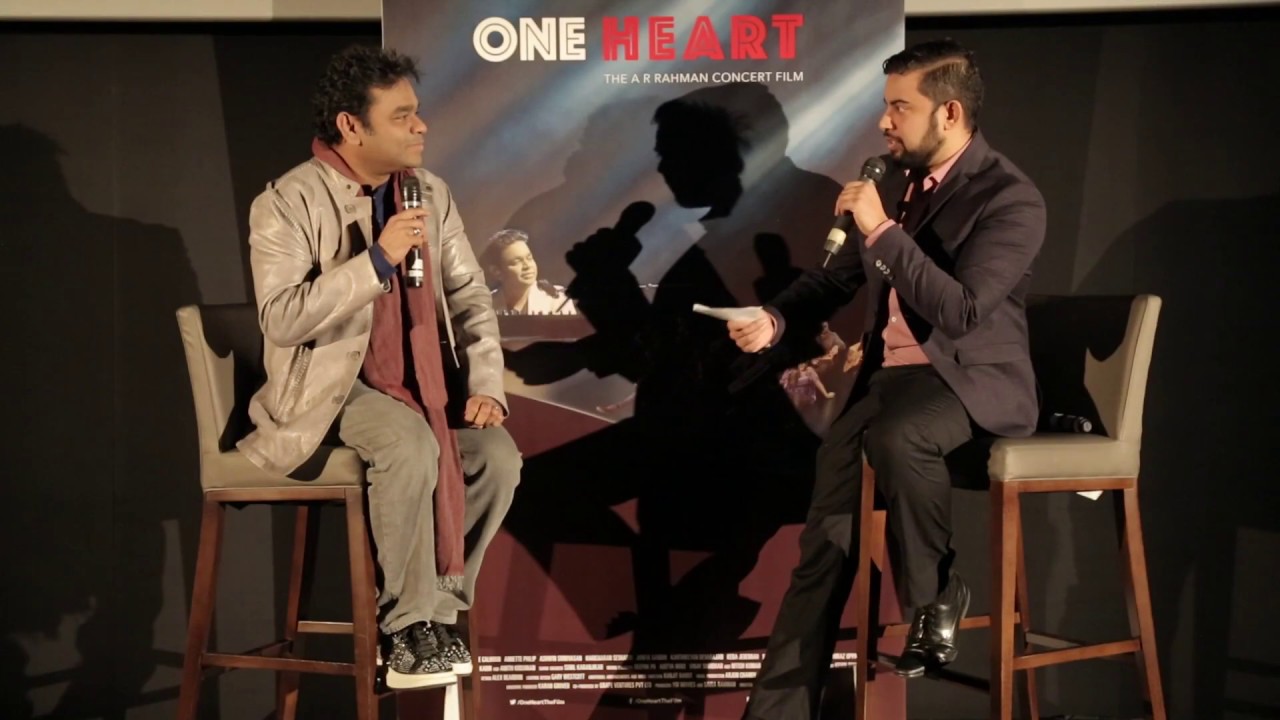 One Heart, A.R. Rahman’s Concert Film produced by his company YM Movies, kicks off its theatrical release this week.

The film was screened for the very first time at the Scotiabank Theatre on February 5th, as part of a series of events to announce and celebrate the composer’s collaborations with Toronto-based Ideal Entertainment.

One Heart reimagines the 2015 North American Intimate Tour, inviting fans behind the scenes and into the mind of the world renowned Maestro. Revealing the innermost thoughts of the incredible artist and beloved iconic figure, the film takes viewers on a sensory journey.

Footage from the concerts is artfully interwoven with archival images, rare glimpses of Rahman’s family, candid interviews and expressive shots of him in expansive landscapes. All of this comes together in a transcendent musical experience.

Ranging from how he feels about performing on stage, to which he said “I was always hesitant to open up. There was always a constant shyness about being on stage”, to how he came to choose the band that toured with him, to the humility he feels when throngs of fans shower him with love, each segment unravels another layer of his story.

“I think having great musicians makes you perform better; makes you think ‘what else can I do?’ And we need that constantly. When you’re there for 20, 30 years you get complacent. And these guys make you feel like you have to be better; like you have to reach up.”

Though the film began to organically come together as a way to capture the evolution of the group, over the course of their performances, the vision for it has grown into much more since. Proceeds will be supporting a new initiative, a foundation by the name of One Heart, spearheaded by Rahman and supporting the  welfare of artists and their families.

“…because there’s so much of love. So much of unreachable realms you can reach with music and help other people reach.”

Speaking candidly about his desire to support aspiring musicians, Rahman referred to the tendencies of many to pursue so-called reliable careers. Gesturing to the storyline of Ideal Entertainment’s tribute to him, Ideal Dreams, held at the Sony Centre on February 4th, he said:

“And even in Ideal Dreams, there was this thing that every mother wants a secure job for their child, but they don’t understand this is the most secure job if you do it right.”

His definition of security here seems to come from living purposefully and mindfully, and what greater sense of success is there than that? Rahman has been pushing the boundaries of creativity and inspiring fans to dream bigger for nearly three decades, and One Heart will be sure to ignite the imaginations of fans across generations.

“Everything is there. Only you have built a wall against yourself. Break your own walls. Don’t say this person is trying to push you down. Don’t say that is happening. There are so many openings, so many doors.”

Toronto' s Ralph Francis, who led the Kindred Spirits Orchestra conducted by Kristian Alexander, in the February produciton of Ideal Dreams, shares his thoughts on One Heart below: 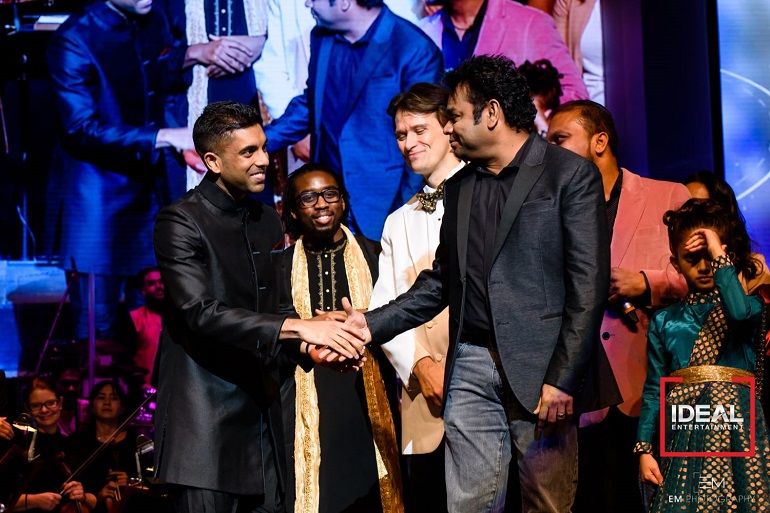 Whenever I hear a new AR Rahman song, the question, “How does he do that?” naturally comes to the forefront of my mind. This question also popped up when I was lucky enough to attend the Toronto performance in his ‘Intimate Tour’. A select few artists, a cozy venue, a tight song list and candid moments with the Mozart from Madras were enough to pack the auditorium to the doors. I was enthralled to see such perfection unfold live. The improvisations, reinterpretations and fusion of styles and genres used to redeliver Rahman’s latest and classic masterpieces just ignited the senses. Rahman-certified reinterpretations live! The die-hard Rahmaniac in me was on cloud nine. But the question remained…how?

Enter One Heart, a concert film that shows you why Rahman chose to be so intimate. You see intricate details up close, the passion in the spontaneity, the thinking that goes behind it and above all the man himself. In his career spanning over two decades, we have rarely had the chance to see AR Rahman up close and personal in situations outside of interviews. But to see him with his family, or walking in a field, contemplating life, is touching. To hear him poetically speak about attending his first concert, or to catch him explain his personal journey of emergence from the studio onto the stage after decades is a rarity which makes us remember that he too is human and that the deliberation that goes behind his music also goes behind his actions.

The music also opens your eyes. As the narrative shows Rahman’s introspective concerns and as you see him up close belting a rockstar song in the next scene, you can’t help but sense that you’re in his head and in his world. For once, I did not feel as if I was just marvelling at his productions as consumables, but rather empathizing with him as he faced the challenge of preparing something that means so much to him to thousands of people to devour. As we hear the music, we realize that what we hear is a labour of love; that the passion we consider fantastic entertainment, is really the life work of a handful of individuals on stage. As these artists speak, you get an idea of where they’re coming from. But when you watch them perform, you know where they’re going. All this on the big screen with high definition sound just clearly answered my burning question of how the magic happens. Now, after facing this emotive and psychological tour-de-force, the question that emerges in my mind is, “am I ready to handle the answer?”. 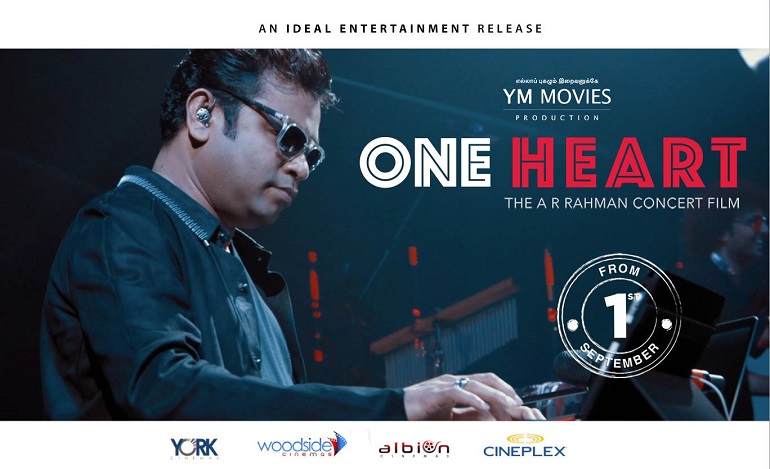 The final cut of the film is in 4K, ultra high definition, and uses atmos technology, a new audio format that has been developed to give a more three-dimensional auditory effect. To purchase tickets in Toronto, and the GTA, visit York Cinemas, Woodside Cinemas, Albion Cinemas or Cineplex.

Nivethika Thambithurai
Senior Editor
Canada
I'm a Senior Editor at TamilCulture and Director Of Marketing at Kimp.io And I love sto...
Connect
Have a story to share? Get started here!
Write an Article
Meet Tamil Singles 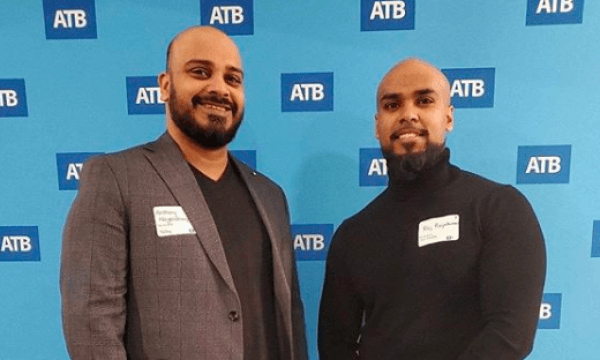 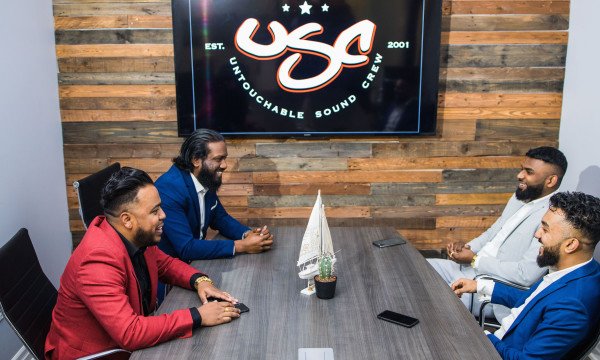 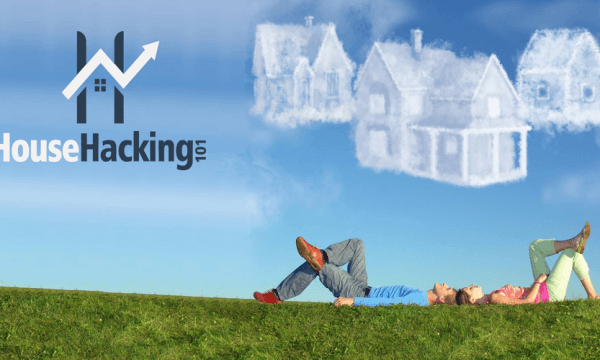 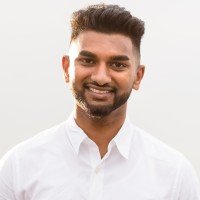