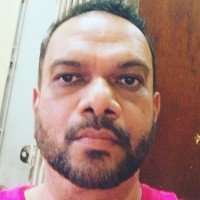 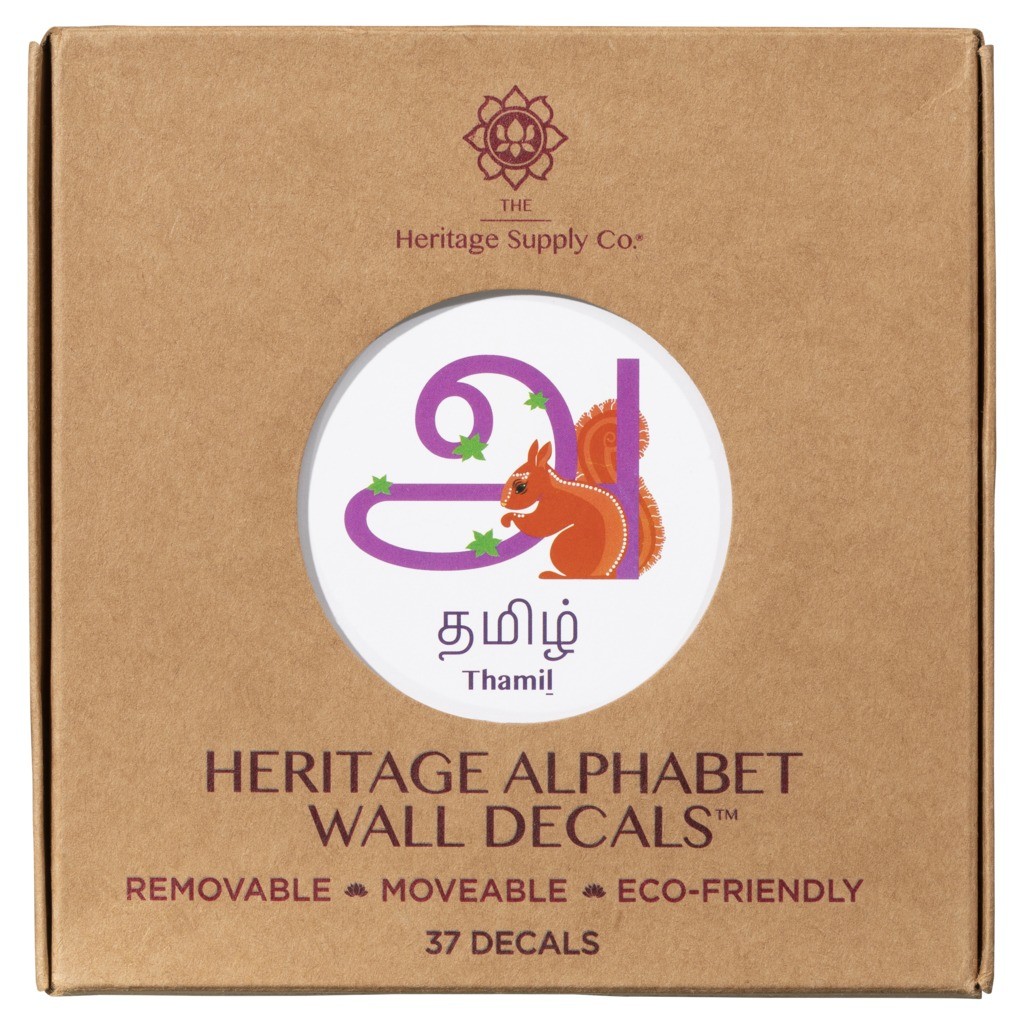 Write an Article
Follow us
Society & Culture Read in Tamil
Where is our Nuremberg?
A decade later Tamils are still waiting… 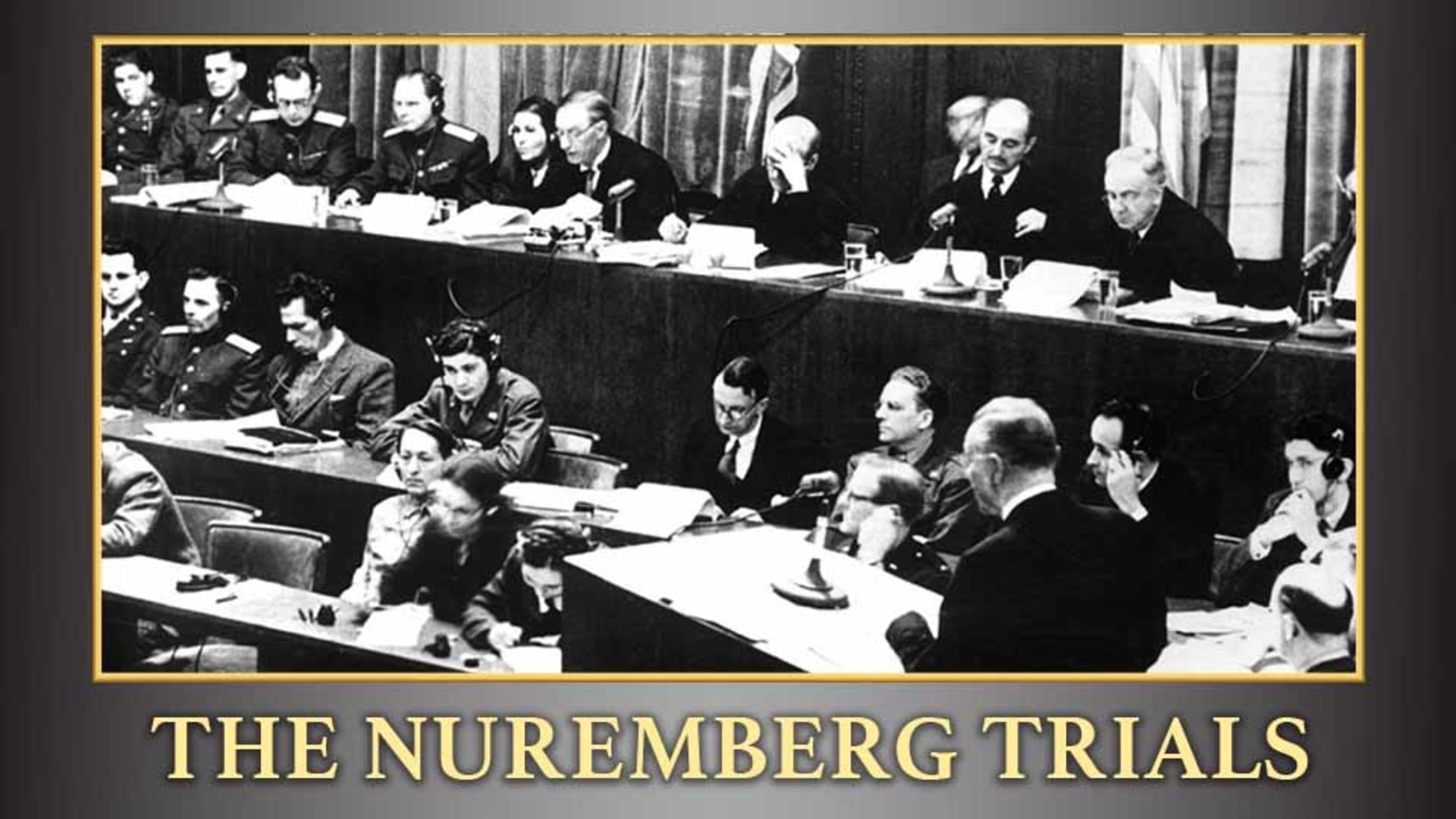 Supreme Commander of the Allied Forces, General Dwight Eisenhower, found the victims of the death camps and he ordered all possible photographs to be taken, and for the German people from surrounding villages to be ushered through the camps and even made to bury the dead. He said, "Get it all on record now — get the films — get the witnesses — because somewhere down the road of history some bastard will get up and say that “this never happened.”

The aftermath of the Mullivaikal massacre, Channel 4’s documentary ‘Sri Lanka's Killing Fields’ — goes a long way in meeting his statement. This is now a matter of Sri Lanka’s history. No one can deny it. And to that end it should be included in Sri Lanka's school curriculum for all children to read so the cycle of violence which crippled that country for decades will not be repeated.

In the Sri Lankan breadbasket region of Vanni — nestled between fertile land and the brilliant blue Indian Ocean, lies the be­sieged and blood-soaked city of Mullivaikal, where the rain of death from Sri Lankan shells, mor­tars and ma­chine guns would even­tu­ally kill scores of Tamils. A decade later, not a single person is held to account —reflecting the world's ab­ject fail­ure to un­der­stand the ex­is­ten­tial threat to Tamils in Sri Lanka.

The world consoles itself by talking of common human feeling, but as Tamils found out in May 2009, there are times in history when there is no such thing. For Tamils, history is not an abstract subject. Rather, it is a living flame from which Tamils continue to draw sustenance and strength. In this light, the day of infamy — the May massacre, will never be a mere historical footnote for Tamils. It centers on the ghastly crimes of Sri Lanka, set within the context of the Tamil nation eviscerated by the thugs in uniforms. This and many other monstrous barbarities against Eelam Tamils still resonate within the hearts of most Tamils, including my own.

It was to be expected in Sri Lanka, of course, where denial and geopolitics diverted attention from the well documented involvement of the Sri Lankan government and the military in the ethnic cleansing of Tamils. To be consistent with human history, as usual hereto are deniers of atrocities and this one is no exception.

Western governments should not feign surprise when Sri Lankan dictatorial regime, that they have tacitly supported, committed such reprehensible acts on Tamils and take some blame for Sri Lanka’s unrefined, brutish and phobic behaviour. Mistakenly, the West thought that perhaps Sri Lankan extremism would just go away after the elimination of Tamil Tigers — the small-minded bullies would tire, but the truth is there are not going anywhere. Unless the West forcefully stands up against state sponsored violence and injustice against Tamils in Sri Lanka, the provocateurs who like to play with matches in the tinderbox of racial and ethnic confrontation will roam free.

But Tamils must not blindly hope that the Channel 4 documentary or any other video footages will yield justice. The road to justice will be long, and an arduous one. Anytime now, with clockwork predictability, the useful idiots of the Sri Lankan terror apparatus around the globe, with overwhelming confidence, will deny such a thing ever took place.

The truth is the very opposite. Deniers have no case whatsoever, as all the evidence makes incontrovertibly clear. Channel 4’s documented stories reveal horrifying tales of killings, torture and abuse; of innocent Tamils. Even if it were ever to be proved that it was done to eliminate terrorism — which has never been the case — the fact of war crimes and crimes against humanity remains indisputable.

Meanwhile the courage of Tamil people, during decades of this slow cultural genocide and devastation, represents the highest aspirations of the human spirit. And Sri Lanka’s brutality from the dawn of its independence — torture, mass killings, disappearances and indiscriminate aerial bombardment — is a legacy of man’s inhumanity to man.

Tamils’ emotions, no matter how much we have tried to jimmy them into seeing things another way, will not budge because Sri Lanka’s evil unleashed on Tamils since the independence cannot be undone. But by dismissing Sri Lanka’s twisted logic for the poisonous nonsense it is, we can act to ensure it does not metastasize into the marketplace of ideas.

I often reflect back on my father, who was killed in the ancestral town of Point-Pedro, Sri Lanka by a single bullet 31 years ago. Though now as a father with a son of my own, with my family “protected” in Canada, my father’s memory could not be totally submerged, surfacing constantly and playing on an endless-loop in my subconscious mind and invading my dreams and my private thoughts. I wish I could tell my father that finally, in my late forties, I have the riches of my own family such as I never imagined possible growing up during the war in Sri Lanka. I wish I could tell him about the tear in our family fabric since his demise. But even though he isn’t here for me to share the joy and pain, I feel the warmth of his presence every time something good happens in my life.

It has been ten years since the Mullivaikal massacre, and for those who lost their loved ones — many other memories have been formed since. But May 18, 2009 stands out as a moment in time so different from the rest of our experiences — leaving a huge void. Tamils have come to understand deaths and their profound significance in our life; we can’t let those moments go unlived. We should give up resenting them and embrace life and resurrect hope — hope for humanity. These are some of the mundane miracles that bring smile as they happen and hold us close to the root of what living is all about.

With time, many of us will find peace with the past while knowing all that came at the price of so many years of turbulence and the extraction of so many lives — many of them died before they even knew that they were Tamils. In keeping with such collective constant agony, our own forced smiles consist of visible pain, considered a common fate of Tamil survivors of Sri Lankan tyranny — to be in the memories of the massacred.

An era may have ended in May 2009. But the significance of the freedom struggle — and the many thousands lives sacrificed for this legitimate cause — will never be forgotten. The dead will never cease to cry out. Nor, on their behalf, should we cease to do so. If anything good is to come from the ugly chapter in the cursed history of Tamils, it will be an effervescent celebration of the notion that Sri Lanka’s anti-Tamil ideologies will never ultimately triumph over the indomitable spirit of the Tamil people. Tamils should celebrate this interminable triumph in the midst of this tragedy. The Diaspora has an important role in making sure we remember this.

Any Tamil who lived in Sri Lanka knows how personal the month of May is. In sum: May will be etched in Tamils’ memory as the month where Sri Lankan military most effectively demonstrated their ability and their desire to kill Tamils in the blood-lands of Vanni. This wound will stay raw forever.

This is a moment for Tamils to soberly reflect on how we value life and what meaning we attach to death. This moment is ripe for celebration, a celebration of the lives of innocent people killed in May 2009 and those who were caught in the crossfire of decade old war on Tamils in Sri Lanka.

When this memorial month concludes, thousands of Tamils around the globe will have participated in commemorations that represent a precious opportunity for reflection, remembrance and mourning — both public and private. It also presents an important lesson to us all to fulfill the obligation to the survivors — especially the kids.

We know the kind of people who deny the Holocaust. What interest anyone has in denying the suffering of Tamils remains to be discovered. To kill the innocent in a vast scale is horrifying; to deny the horror is simply inhuman. Now, where is our Nuremberg?

Tamils will keep asking this and will ask against all odds and all organized powers. When the time comes, to anyone who will listen, to everyone who won’t listen, and — above all — to us, when no one will listen.

In the end, we must show fidelity to history and memory. We do this for ourselves and for those whose echoes were so murderously silenced — like my childhood friends Skanthakumar, Suthahar and Roshan — whose, soft voices call out from the grave to all of us to remember.

Certainly, we each have our memories of those we have lost. Some are personal, subtle moments between two individuals; some are the stories we all share that unite us in our grief and make us smile fondly even in the midst of overwhelming loss.

It is important to replace numbers with names, which is why I felt the need to name my lost friends. Failing to do so is like a deafening silence — silence of a murdered generation, including thousands of innocent Tamil children. Each victim of the Sri Lankan terror had a name, felt love, was loved, laughed, cried, was scared and ultimately slaughtered.

Tamils have seen enough deaths to understand the value of life. It is important not to replicate the cycle of violence that has already crippled Sri Lanka. The war turned the innocent people into numbers. It is for us Tamils to turn the numbers back into names. We should not allow mass death of Tamils as just human statistics with tears washed off.

Editor's note: Mr. Ratnavel was a keynote speaker at the Canadian Tamils' Chamber of Commerce's annual gala this year. You can watch his speech here: 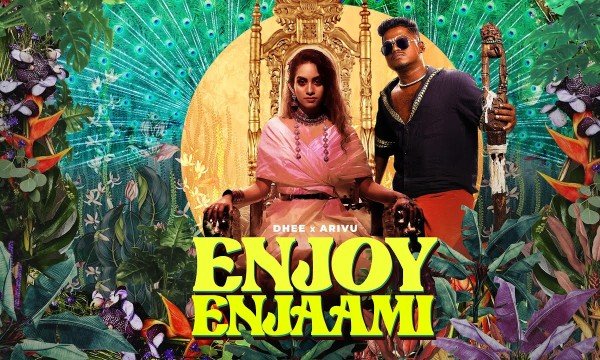 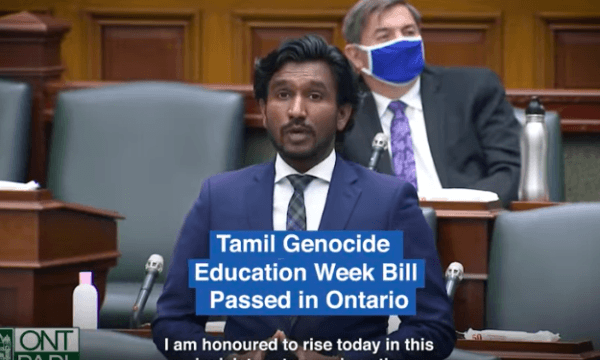 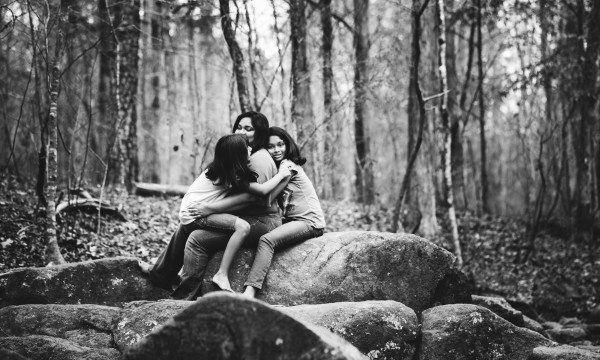