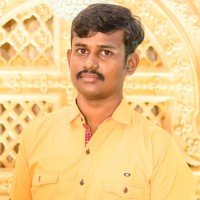 M Sathiskumar
Admin
Close to yours
India
Connect
Is a member!
Join now to network with Tamil professionals worldwide.
Request To Join
Already have an account? Log in

Write an Article
Follow us
People Read in Tamil
Siddhar Journey: An Ancient Pre-Vedic Tamil Yoga Teaching
Siddhar Journey is yogic teaching given by Siddhar Tirumular many 1000’s of years ago and is a root teaching, where Siva Yogam is a part. It is said that he lived over 3,000 years and gave us the ‘Tirumanthiram’ based on his very own experiences and his connection with the Devine – Lord Siva. 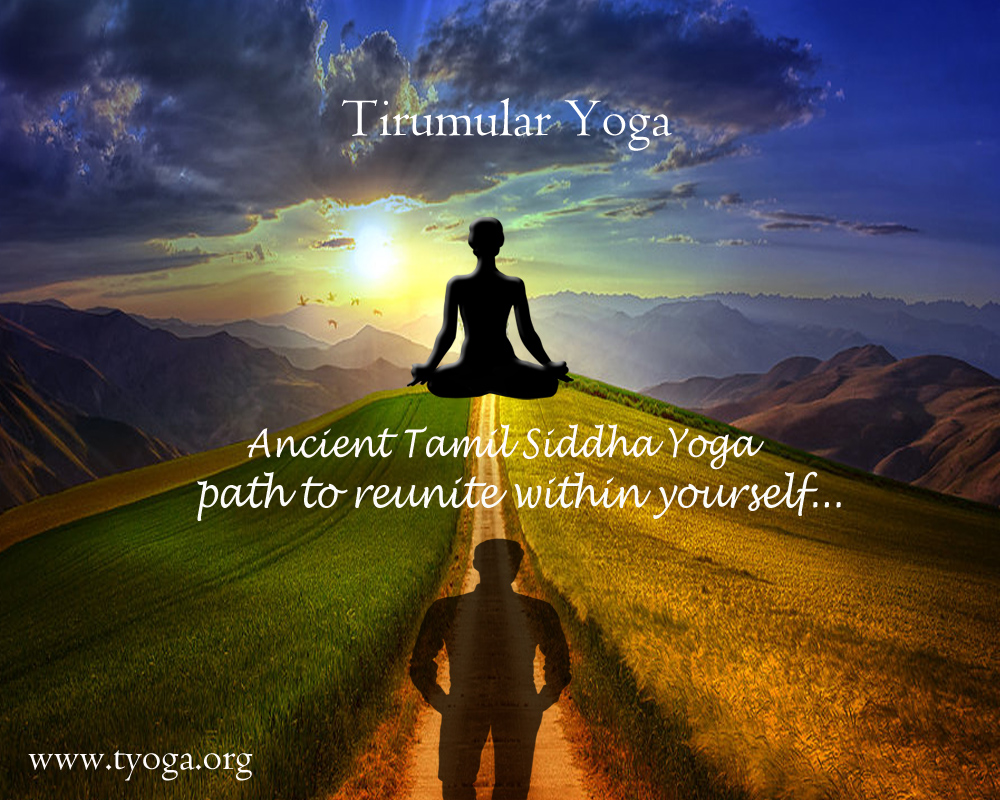 One of mankind's deepest esoteric treatises now comes to focus on human beings all over the world. Long hidden, it will now be restored to its rightful place among Hindu scriptures.

Siddhar Journey is yogic teaching given by Siddhar Tirumular many 1000’s of years ago and is a root teaching, where Siva Yogam is a part. It is said that he lived over 3,000 years ago and gave us the ‘Tirumanthiram’ based on his very own experiences and his connection with the Divine – Lord Siva.

Tirumular is a towering personality in the Tamil Saiva tradition and is hailed as the greatest Tamil poet of symbolism.

Tirumular’s Tirumanthiram is the earliest known Tamil treatise on yoga and much more.

The Tamil Siddha tradition uses the body and the mind as a tool to go beyond the limitations of time, space, and causation. Unlike the philosophical schools that dismiss the body as an impediment, the Tamil Siddhas place great emphasis on the role of body and mind to reach supreme states of consciousness.

Tirumular calls Yoga as Siva-Yoga (verse 122).  It is the method by which the jiva (soul) identifies itself with Siva.  He calls Siva-Yoga as Nava-yoga. By calling it Nava-yoga Tirumular indicated that this type of Yoga was not in vogue before him in the Tamil country.  It is for the first time that this Yoga is explicitly explained and discussed in the Tirumanthiram.

Thiru-Manthiram deals with the practical and theoretical aspects of Saivite religion and philosophy. The treatment of Pathi (Lord Siva), Pasu (individual soul), and Pasam (attachment) in the old method is found in this book.

The Tirumanthiram is a sacred, monumental work of philosophical and spiritual wisdom rendered in verse form.  Encyclopedic in its vast scope, and written perhaps as early s 200 B.C., it is one of Tamil’s greatest texts, a spiritual treasure-trove, a sastra containing astonishing insight. It is a seminal work and is the first treatise in Tamil that deals with different aspects of Yoga, Tantra and Saiva Siddhantha. The poems of Tirumular in the Tirumanthiram abound in technical terms conveying mystical experience. The symbolic, twilight language of the Siddhas has the advantage of precision, concentration, secrecy, mystery, and esoteric significance in that the symbols, at the hands of the Siddhas become a form of artistic expression of the inexpressible. In short, the twilight language of the Siddhas is, in essence, profoundly mystical in nature and contains a “numinous aura” and existential revelations for the man who deciphers their message. The essential difficulty is that to understand the twilight language requires a total hermeneutic of reading and practicing, an awareness, in fact, of the total philosophical structures that infuse it. It also requires one to enter deep states of meditation wherein the verse serves as a key that reveals a higher meaning to the initiate.

The Tirumanthiram is a work, which deals with how one may live a divine life in the midst of the worldly one.  It fulfills the meaning of the word “Tantra” a “web” which joins the spiritual and the material dimensions of life.  It expresses the thread of unity, which exists behind the many differences of time, country, language, caste, religion, higher and lower, happiness and misery, wealth and poverty.  It deals with all the aspects of life, which makes life worth-living by dealing with dharma, artha, kama, moksa, tapas, Yoga, jnana, siddhi, buddhi, mukti, planets, days, the art of breathing, mantra, tantra, yantra, cakras, meditation, medicine, et.  In short, it is a Tamil encyclopedia of philosophical and spiritual wisdom rendered in verse form.

Thirumular indicates that he, by the aid of Yoga lived long (3, 000 years). Knowledge of life and long life are essential, he says, to attain spiritual knowledge. He says “Once I was under the impression that the body need not be protected since it is perishable. Of late I found that something is inside it, and that something is the all-pervading entity, which is inside my body as though my body is its temple. After finding that truth I have taken a vow to protect and preserve my body temple and keep perfect.”

Tirumular teachings go beyond yoga, where he deals with the complete human being. He deals with all aspects from cleansing the body to preparation of the body as a vehicle to be used for self-realization.

YOUR JOURNEY IS SIMPLY BASED ON

IT’S THE GREATEST TRUTH YOU WILL REALISE!

The Tirumanthiram is more than philosophy. It is, in short, the plenary mystical experience. The Tirumanthiram contains an ocean of experience, that is, spiritual and mystical; it cannot be confirmed to anyone special system of philosophy. Though it presents a package of all forms of Yoga and mysticism, Tamil aiva tradition treats it mainly as an aiva Siddhanta work.

How comfortably you travel through life depends on how deeply you have grasped your body and your mind. For the journey to be comfortable, the vehicle has to be good, and you must understand the vehicle – how it behaves, what it does, and why it does what it does.

The whole system of Siva yoga is about experientially exploring the nature of your body and your mind. Because the biggest problem in your life is, you are trying to live here without having a grasp of the two basic vehicles without which you cannot go through this life – the physical body and the mind.

You will not come to this understanding by reading a book or watching a DVD. It will come to you only by exploration. If you close your eyes and try to forcefully remove something from your mind, you will never be successful.

This is the most basic and at the same time the most important realization that everyone needs to come to. Without this realization, you will make a complete mess out of yourself. Even if you have chosen to be ignorant because you think it is blissful, to walk through this world, you must have a grasp of this body and this mind. Otherwise, doing anything is a problem.

Tirumular stresses unequivocally that love is god (anbe sivam); he also declares the oneness of humankind and emphasizes the importance of knowledge.

They do not know that it is love that becomes Siva

Once they realize that it is love that becomes Siva

They will themselves rest in Siva who becomes nothing other than love.” 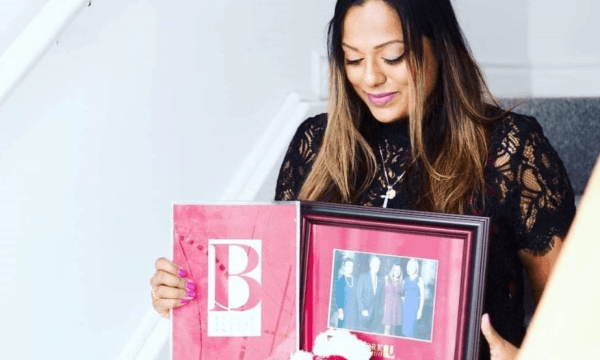 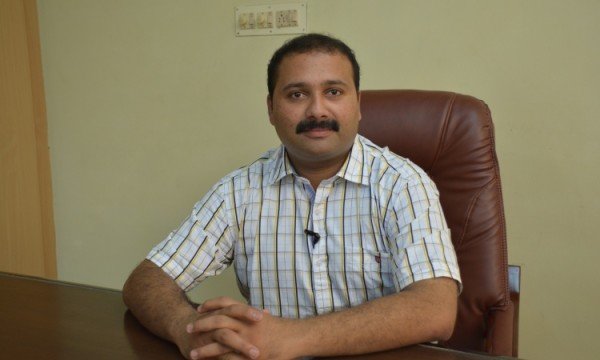 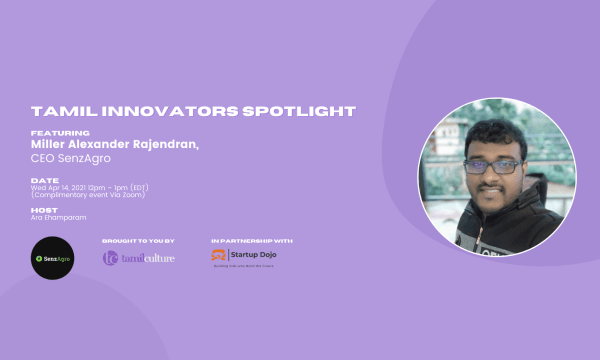