If you are from the Toronto area and watched the popular cable news channel CP24 in the past 10 years, then you will probably recognize Kumutha Ramanathan. Having developed a passion for journalism since the age of 12, Ramanathan has built an impressive portfolio that spans across Canada, the United States and the United Kingdom. Having worked her way up as a writer, reporter, producer, correspondent, and anchor, a new career opportunity has recently led her to take a break from journalism. 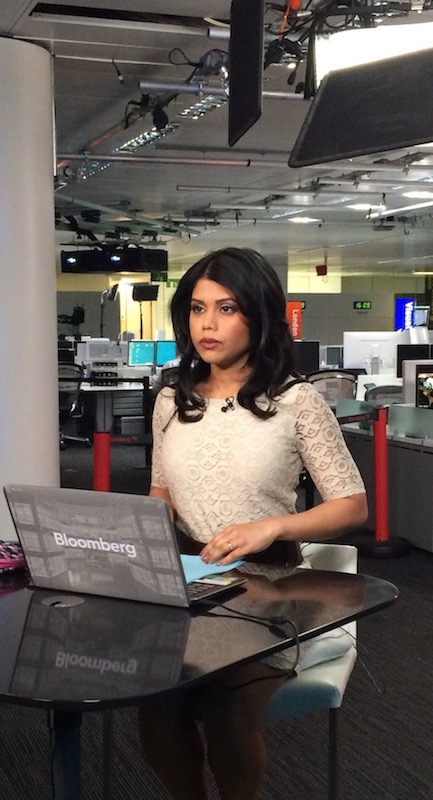 Ramanathan recently sat down with TC to discuss her career working for some of the world’s largest news organizations, her current role as Head of CEO Communications with the global software technology firm IFS, and her thoughts on the ever-changing media landscape.

1.     Tell us a bit about your path to becoming a journalist.

I have always been acutely aware that the best way to realize your goals is to forge your own path. As a child, I loved to read and write. From 12 to 18 years of age, I pitched story ideas and wrote articles for community papers that allowed me to hone my craft early on. I initially dreamt of becoming a writer after high school, but eventually realized that my outgoing personality didn't suit the solitary nature of such a career path. Since I was an avid news consumer, journalism seemed like an exciting alternative profession.

As an undergraduate student at the University of Toronto's St. George campus, I was based across the street from the Legislative Assembly of Ontario. I decided to create an internship for myself in the Press Gallery, which allowed me to build strong contacts with some of the country's top political reporters. I had planned to follow in the footsteps of some of the renegade print journalists I admired, but several discouraged me from doing so as the newspaper industry proved to be increasingly cash strapped at the time. As a result, the same individuals I came to revere were sadly facing layoffs.

It was then that I decided to focus on broadcast news. Alongside working at the Legislative Assembly and attending school full-time, I decided to start volunteering at a local community TV station where I built my first demo reel, which would be essential to getting my first on-camera job. Armed with the reel and a number of strong references from my internship, I landed my first job as a TV reporter in Brandon, Manitoba. Over the course of a few years, I was promoted within CTV's ranks, eventually ending up at CP24 Toronto as a Reporter and Anchor. While this was a tremendous opportunity, I wanted to gain international experience. I left CP24 to pursue graduate studies at Columbia University in New York City, and eventually made the move to London, England, where I am still based. As a financial hub, the city has afforded me great opportunities to report on some of the biggest global news events of our day, including Brexit. With a specialisation in business journalism and after several more promotions, I was offered a job as a Reporter and Producer for Bloomberg News, London.

2. Congratulations on recently being named the Head of CEO Communications at IFS, a global software technology firm. What does your work consist of now?

The prospect that I would one day leave journalism was once unfathomable, but I now realise success comes in many forms. My work with Bloomberg was interesting but I was yearning for a creative outlet.

A headhunter reached out to me recently about a 'once in a lifetime opportunity.' He peaked my interest and I took a series of meetings with no expectation. I had nothing to lose but knew the exposure to decision making at the executive level within a global organisation that was undergoing a dramatic transformation would be an interesting opportunity. After reporting on corporate strategy for years, I'm now helping build it. I decided to go with my gut and pursue it with full vigour.

While my role largely involves communications, as my title suggests, I have the opportunity to be at the forefront of many different types of changes within the organisation. It's also incredible to see how the technology we create changes how companies operate, communities are built and most importantly, improves the lives of people on a daily basis. At the end of the day, the spirit of innovation is imbued in everything we do, and I feel excited to be part of the transformation process.

One of my role models is Michelle Obama. She and I share the belief that we are all constantly evolving, and life is about growth. I may stay on the corporate track, return to journalism or find another fascinating challenge to take on. What is for sure is that I will always go with my gut.

3. You have interviewed numerous global politicians, including Akhmed Zakayev, Prime Minister of the unrecognized Chechen Republic of Ichkeria, and many CEOs. Does a particular interview stand out to you?

My interview with the exiled leader of the unrecognized Republic was memorable in that I felt as if I was witnessing history being made during our interview. Despite having a limited window of time to speak and communicating through a translator, I led him into his first public admission of the strategic errors he and the Chechen revolutionary forces made during their protracted conflict with Russia. I received countless messages from people on both sides on how impactful the interview had been for them.

4. Have you ever felt like you were in danger while you were reporting on a story?

While working as a reporter with CP24, I covered the G8 protests in Toronto. As overnight demonstrations became increasingly violent, police started firing rubber bullets into crowds on Queen Street. My cameraman and I were in the heart of the chaos at the time gathering footage. We were able to narrowly escape without injury, but it was a close call.

5. Journalism has recently come under fire in the U.S. with the label of ‘fake news’ being spewed by public figures at stories that they do not agree with. What are your thoughts on this phenomenon?

With the rise of the Internet age, anyone can now purport to be an expert. While platforms should exist for the public to voice their opinions, they should never be labeled as those of unbiased media sources. Equally, we should be wary of political actors who misuse labels such as 'fake news' for their own ambitions. A healthy democracy requires a free press, so we should encourage questions that challenge authority in a constructive manner.

I am encouraged by the November 2018 election of a number of women and minorities to the US Congress. An ideologically diverse political system will help Americans keep more checks and balances in place. It will also hopefully erode the notion that credible media sources are somehow incendiary agents working against the country and the President.

6. The dawn of social media has changed the media landscape by giving autonomy to everyday people to publicly express their views and share news. Do you see any emerging media platforms/trends that we should watch for in the years ahead?

There are a number of trends we should watch out for as it relates to how we consume news in 2019 and beyond:

7. Who are some of your journalistic role models?

A family friend who worked as a reporter in Sri Lanka, Richards Karunairajan, had a pivotal role in encouraging me to pursue a career in journalism. He was a fearless journalist who faced life-threatening obstacles to tell the stories of societies’ most vulnerable during the country's civil war and beyond. While there have been other reporters whose work I've enjoyed consuming, Richards' conviction continues to deeply resonate with me. He has sadly passed away, but I've seen firsthand how his work has changed the trajectory of people's lives. His career reflects journalism in its purest and most brilliant form.

Shanelle joined TamilCulture in 2014 and has written several articles on people and issues in the global Tamil community. 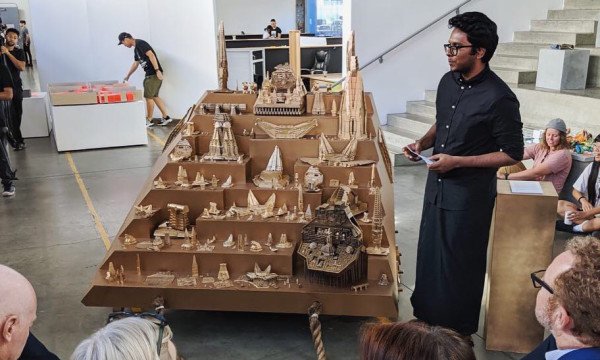 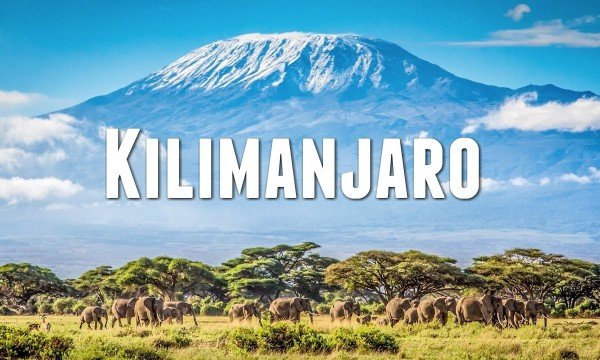 Careers Conquer Yourself: There Are No Shortcuts To Any Place Wor... 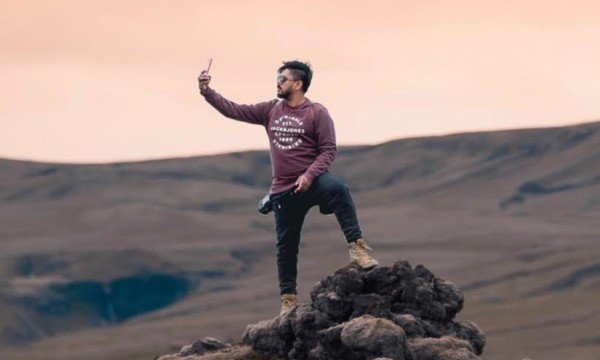 Careers Meet the Man Behind the Lens, Daran Satchithananthan of P...

Conquer Yourself: There Are No Shortcuts To Any Place Worth Going

Meet the Man Behind the Lens, Daran Satchithananthan of PhotonImage

Shanelle joined TamilCulture in 2014 and has written several articles on people and issues in the global Tamil community.