Thulasi Muttulingam, a journalist and aid worker based in Sri Lanka, is the woman behind the popular Humans of Northern Sri Lanka Facebook page. Started in late 2014, Thulasi created the medium as a way to share the inspiring stories of the many individuals she encountered, as she traveled the country helping with rehabilitation efforts of those affected by the war. 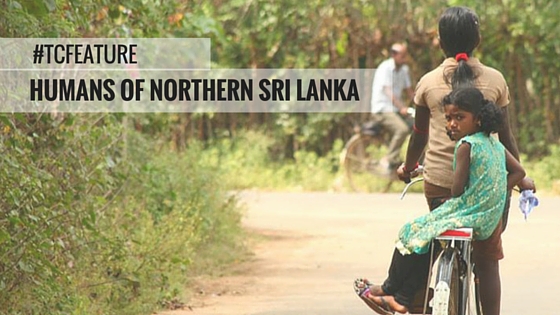 Thulasi Muttulingam, a journalist and aid worker based in Sri Lanka, is the woman behind the popular Humans of Northern Sri Lanka Facebook page. Started in late 2014, Thulasi created the medium as a way to share the inspiring stories of the many individuals she encountered, as she traveled the country helping with rehabilitation efforts of those affected by the war.

Formerly a full-time journalist in Colombo, Thulasi indicates they lived in a bubble of sorts- far removed from the rural war-affected communities and their realities. She felt that mainstream media lacked adequate funds allocation for committed journalists to travel and pursue stories in depth, a problem she also faced in Colombo. So, Thulasi quit her full-time journalism position and took on a role with an aid agency that afforded her the ability to the travel through the impacted areas that she wanted to access, to tell the stories of everyday people directly.

Her bosses at ZOA, the international aid agency she worked for, were quite accommodating of her moonlighting as a freelance journalist on the side, but she found herself not being able to write all the stories she came across, while working a full-time job. Her notebooks kept filling up, but most of the stories she heard remained untold. She felt guilty, but had no idea what to do.

Then one day, while browsing through Humans of New York on facebook, inspiration hit. Why could she not share the stories in this form? It would be much easier to do than the long form feature writing and investigative journalistic reporting format she was used to, for which she no longer had adequate time.

“And so Humans of Northern Sri Lanka was born … er I mean launched. Sorry I still think of it as my baby.”

Humans of Northen Sri Lanka is solely managed by Thulasi, who spends countless hours curating the stories of those who otherwise wouldn't have an opportunity to share their experiences with the world. From time to time, in order to do justice to the beauty and diversity of the North, she also shares photos from her professional photographer friends.

Thulasi's efforts are not free of challenges though. She's no stranger to hate mail, which tends to come from people who had appointed themselves the ‘voice’ of the local people’s stories, having gone unchallenged or held accountable to facts for years.

"Rather hilariously, I have been accused of ‘hijacking’ the people’s voices and ‘appropriating their agency’ – because I ask the people directly about their lives and lived realities and relay it verbatim in quotes? Reading their hysterical messages, I sometimes wonder if they ever blush at their own hypocrisy."

Despite the challenges, most of the feedback from followers around the world remains positive. It’s what gives her the motivation to keep at it. The stories shared on Humans of Northern Sri Lanka have led to financial aid for those in need via donors who read the stories and volunteer to assist. Thulasi facilitates these donor matches, while doing her best to maintain the Facebook page and juggling other work for her bread and butter.

“It definitely feels good at the end of the day though.”

When asked about some of the most inspiring individuals she has come across, Thulasi recounts the stories of a one-armed man from Kilinochchi, disabled by artillery shelling in the war, yet still industrious and positive-minded and a fisherwoman from Mannar, treading fearlessly and single-handedly into the uniquely male domain of traditional Sri Lankan fishing.

If Thulasi had not pursued her current lifestyle, she feels she would have been a bitter member of the Diaspora, crunching numbers for a living. She knows, because she has lived it already. This was her parents dream for her. To make her an accountant and settle her as a citizen of either the UK or the USA. Being the product of traditional Tamil parenting, where she was raised to be a conformist daughter, she nearly went along with their expectations. Seven years spent in accounting however, convinced her it was not the life for her. Having grown up away from Sri Lanka, in the Maldives, she always knew being away from Sri Lanka was never an option for her in the long-term.

"It’s been a rather lonely life. Growing up in Maldives is not like growing up in Canada. We never could assimilate or be accepted into that culture so I was always  clear in my own mind that I am a Sri Lankan citizen. When I returned to Jaffna in 2002, straight after the ceasefire, I rather naively expected to fit right in. I did not know of the concept of third culture kids then and had no idea I was one. Following some rude but inevitable culture shocks, I hightailed it to Colombo where I proceeded to lick my wounds over the next ten years. At least in Colombo, there were other third culture kids like me and I was no longer so much an anomaly. Moving from the homogenous culture of the Maldives where I never could fit in, with so much expectation of FINALLY fitting in, to the  yet more homogenous culture of my particular community in Jaffna where again I clearly did not, was one of the most painful episodes of my life. I no longer try to fit in. I just am. Much to the annoyance of some people, but that cannot be helped either.

I am essentially a third culture kid currently engaged in mapping my roots. How long that process will take I don’t know but I gave myself five years when I relocated to my hometown of Jaffna in 2013, and two years have whizzed by already. I am unable to believe it. It might be just three years more, or it might be several. We’ll have to see.

I am sometimes accused of appropriating for myself the role of representative of the people of the North. That is the last thing I want or aspire to. I am very clearly NOT their representative. It's just that as a trained and professional journalist, I came across many stories worth being told – and so I am telling them – as close as possible, in the people’s own words. So long as the stories (and my passion to relay them) remain, I will continue at this trajectory. How long that will last, we’ll have to see. It is certainly going to go on, for the foreseeable future."

---
Thank you Thulasi for sharing your story with us! For more information, please visit the Facebook page listed above. 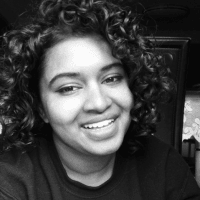 I'm a full time recruiter in the digital marketing industry who is always looking for the next creative soul, and to help them find a job they love...

People The Fascinating Life of Saraswathi Rajamani, One of India...

I'm a full time recruiter in the digital marketing industry who is always looking for the next creative soul, and to help them find a job they love...