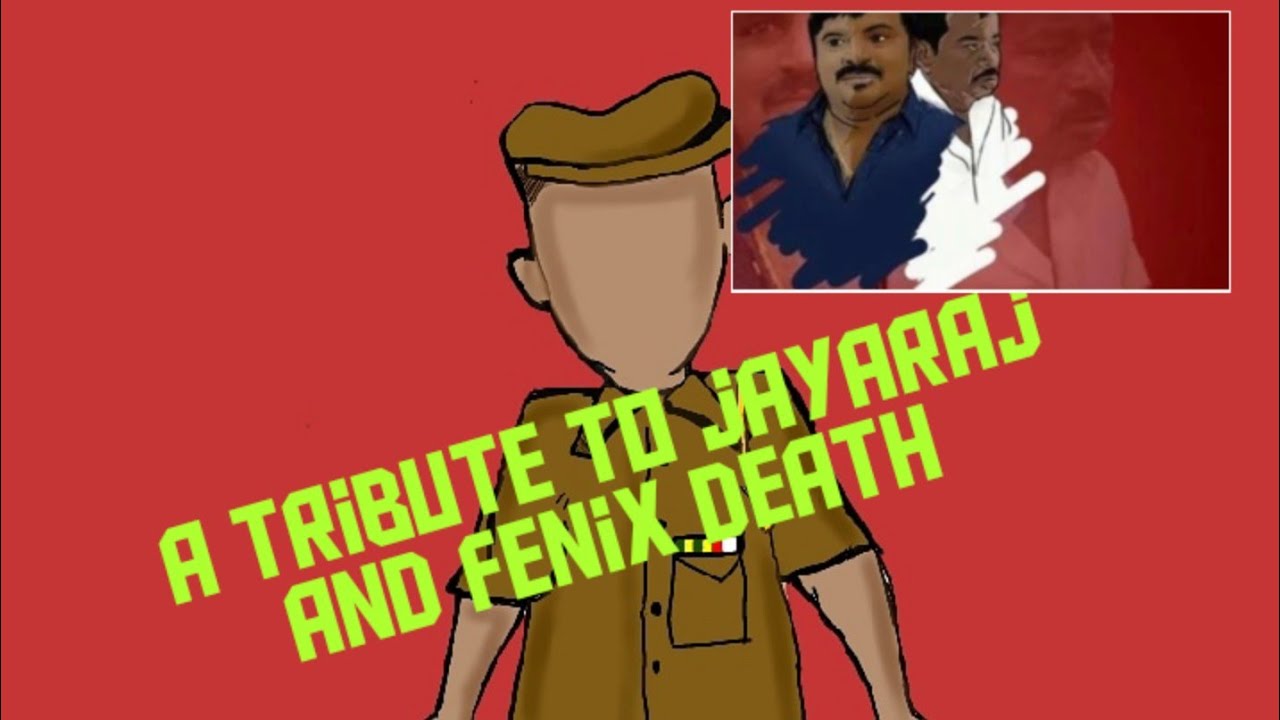 What happened to Jayaraj, 58, and his son Bennix Fenix, 31, truly haunts me. It irks me that at present, their story remains very much a South Indian issue; when in fact, it highlights the sheer effects of police brutality in yet another country of our globe.

There has been widespread outrage over the alleged custodial deaths of father, Jayaraj and his son, Fenix, who died at the hands of the Thoothukudi police, in South India. Thoothukudi is a district in the state of Tamil Nadu, South India, where the father and son duo earned a livelihood and sadly lost their lives. It is alleged that they died at the hands of the police.

Jayaraj and Fenix owned a mobile phone shop in Tamil Nadu’s Thoothukudi district. On 19th June 2020 at around 8pm, Fenix was informed that his father Jayaraj had been collected by the police. Fenix, as any child naturally would, worried about his father, went to the Sathankulam police station to comfort his father. On arrival, Fenix was informed by the police officers that he was required for an “inquiry”. Both father and son spent at least one night in police custody since their arrival at the station.

On 23rd June 2020, friends and family were informed by the police that Fenix and his father, Jayaraj had died at the Kovilpatti Government Hospital, which was situated approximately 100km from their hometown of Thoothukdui.

Times Now News reports that “several media outlets are calling it one of the worst incidents of police brutalities to come about at a time when the country is fighting the COVID-19 global medical nightmare.“

What I find most endearing is the fact that police brutality is emerging as a global atrocity with citizens in their numbers are dying at the hands of merciless police officers. Many individuals’ deaths are going unnoticed, with police officers not properly being sanctioned for their acts of brutality.

Why were they killed?

Fenix and Jayaraj were murdered by Sathankulam police officers. It commenced with the father and son duo having a “verbal duel with police over defying curfew in place for COVID-19 control” (ibid). The duo however had only kept their mobile shop open for an additional half an hour than the lockdown rules had otherwise dictated (ibid).

Does this breach of rules warrant death and does this constitute as flouting the rules to the extent that deserves such extortionate police brutality?

Fenix and Jayaraj were not just murdered by the police. They were tortured and raped.

The BBC confirms that the two men were subjected to brutal torture by the Police. The BBC also confirm that “police in India sometimes use brutal methods”. How can these callous methods be allowed in today’s day and age?

Fenix’s sister, Percy, stated that the policemen had pushed her father by his neck to the floor and beaten him. Percy recalls “when my brother questioned the police why they were beating our father, the police hit him also. My father got tensed seeing this. The police then thrashed them both for almost two hours, locking the door. My brother’s friends who were lawyers went and stood in front of the station but the police didn’t let them in. They have assaulted my brother and father so much.”

This is not the only form of brutality: Fenix and Jayaraj were sexually assaulted by the Police.

One of Fenix’s friends, Rajkumar, a witness, said that Fenix’s friends were unaware of the sexual torture until the police asked them to bring their own vehicles to transport the duo to the government hospital in Sathankulam. He stated “They (Jayaraj and Benicks) came out of the station with torn pieces of cloth and were covered in blood.”

“They complained of severe pain in their rectums. We immediately gave them a lungi and spread a thick cotton cloth on the car seat, so that it would not hurt them,” (ibid).

Percy, Fenix’s sister, stated “as a girl and as an elder sibling, I cannot describe it at all. They were severely tortured and killed. I didn’t even tell my mother of this. We need justice. It should not happen to any other family.”

Percy also urged the Chief Minister to file a double murder case against all those involved in the incident. “Would we leave it so if a common man had done the same,” she asked. (ibid).

On the death of Fenix and Jayaraj, national outcry erupted and the police officers responsible for their deaths were called into question. The Human Rights Commission in the state of Tamil Nadu has taken suo-motu cognizance of this grave offence. A suo-motu cognizance is a Latin term which depicts an action that is taken by a government or another central authority, on their own apprehension. It is utilised by the Supreme Court in India, where there has been a violation of rights or breach of duty. Here, both branches to suo-motu cognizance have been satisfied.

The cold murder of Fenix and Jayaraj is scheduled for another hearing on 30th June 2020 and protestors across the country want the case to be tried at the Supreme Court of India. At this stage, Thoothukudi police have suspended 2 sub-inspector officers in the Santhankulam state, directly involved with the deaths of Fenix and Jayaraj – however this is all that has been done.

The case was heard initially at the Madurai Bench of Madras High Court (in South India) and granted suo motu cognisance of the matter. The Court require further reports of police dealings in this horrifying incident.

The family of the deceased have been awarded compensation of one million rupees (equating to £10,716). What money cannot bring back is one’s life and there is no assurance that police brutality will cease in India.

The BBC report that there is widespread outrage that the policemen responsible for the duo’s deaths are not being charged with murder and have been merely transferred. This in turn highlights the injustice within the social system of India and almost sanctifying police brutality as a norm.

In 2019, 1,731 people died in police custody In India. Five custodial deaths a day occur in India. A report issued by the United NGO Campaign Against Torture (India: Annual Report on Torture, 2019) confirms that torture is a common practice by police officials and that at least 60% of custodial deaths are of poor and marginalised communities. There is an impeding sense of urgency in raising awareness of the sheer police brutality and methods of torture the police are using so callously. Fenix and Jayaraj’s fate has shone light into a denomination of brutality that is demeaning and dehumanising: led by “protectors of a nation”…police.

Do all lives matter?

There has been a suggestion that George Floyd’s death sparked a unified and global response into police brutality and racial profiling, which other nations who may undergo the same fate do not encounter the luxury of global support. Some Indians account that they backed ferociously for black lives to be supported but the same cannot be said for other races at the hands of police officers. Others say that they are “sick of people not discussing what happens in South India because it is not in English”.

To me, police brutality and racial profiling can never be justified and should wholly be condemned.

I have written a piece on my take on the discussion of “do all lives matter?” which can be accessed here: https://nireshanegotiates.wordpress.com/2020/05/29/do-all-lives-matter/. To me, human rights cannot be afforded or protected if we do not start making changes to ourselves. We have to promote protection of fundamental human rights and then only perhaps if we all do our bit, segregative movements will fade into the distance.

Police brutality does not have a place in today’s society and deaths such as the countless black individuals, Fenix and Jayaraj, are just some examples, indicate that police brutality is targeting ethnic individuals and this cannot stand any longer.

Thanks to celebrity interference in India, Fenix and Jayaraj’s gruelling story has gained nationwide media coverage (at last). It still is not being covered globally and police brutality may even be continuing in India as I am typing this and as you the reader, are reading this.

We have a duty as citizens to protect our fundamental human rights and help the voiceless. In India, statistics show that those from poorer communities and castes are more likely to suffer at the hands of the police (as mentioned earlier in this post).

Standing in solidarity with Fenix and Jayaraj is not enough. We should urge for the Supreme Court of India to lodge a national inquiry into police brutality and conduct training for all officers to end use of violence, torture and brutality. Petitions to this effect are currently in place for India and even the United States and United Kingdom.

Please sign the following petition to stand in solidarity with raising awareness to cease police brutality in India: https://www.change.org/p/prime-minister-of-india-stop-the-police-brutality-in-india-during-the-covid-2019-lockdown. Less than five minutes of your time taken to sign the petition could spare a life from the hands of torture by a police officer.

This article is written with information correct as at 1st July 2020.

Niresha Umaichelvam
Solicitor
United Kingdom
Sharing my articles on legal matters from my blog, https://nireshanegotiates.wordpress....
Connect
Have a story to share? Get started here!
Write an Article
Meet Tamil Singles 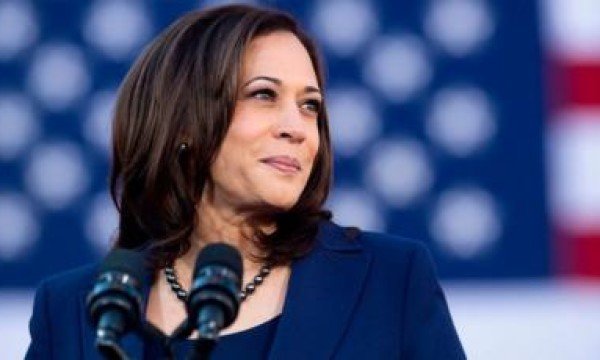 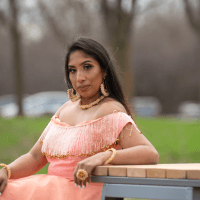