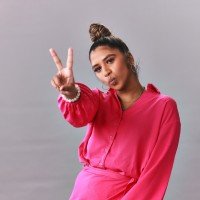 Arts
Read in Tamil
A Quiet Witnessing: The Work of P. Ahilan
A feature on poet, archivist and academic P. Ahilan
Arts 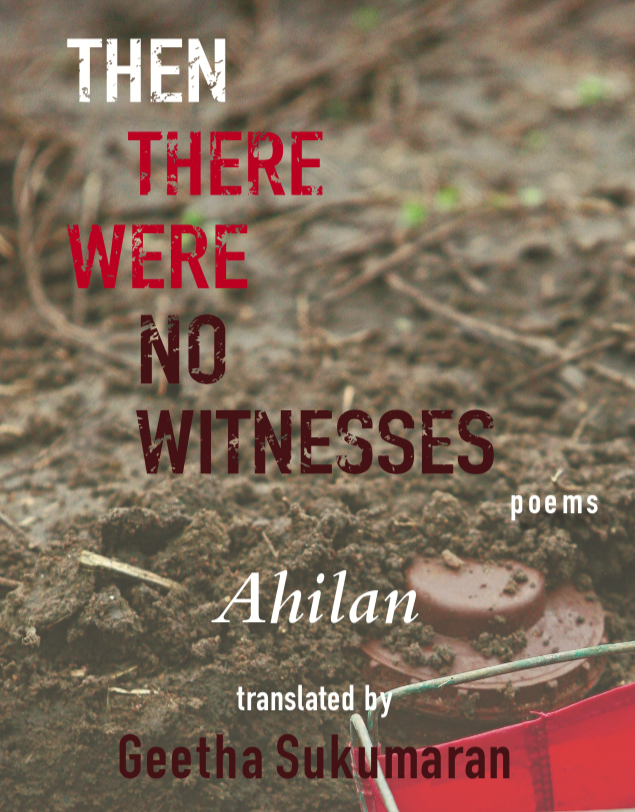 I am building a memorial,

that trails me forever

There is a story about an admirer coming to Michelangelo and asking him how he created his masterpiece. Michelangelo is said to have replied “I created an image of David in my mind, and carved away everything that was not David.” There’s no proof that Michelangelo actually said this, but the statement holds on to his legend with great tenacity. It has become an assertion about both the nature and the practice of art – that creation requires vision, and the process of creation requires a commitment to the work.

The pared down form of Packiyanathan Ahilan’s poetry reminded me of this story, and I ask him if his minimalism is deliberate. “It’s not deliberate,” he replies. “But certainly there is an internal awareness of minimalism. This is my own particular approach to literature, that I see it as a journey towards the heart of language. And in that journey, I find poetry to be the closest form through which I can approach the core meaning of language. So naturally it sheds unnecessary words. As far as I am concerned, poetry becomes a practice of using language to hone language.” On visiting his home in Jaffna, I saw the same pared down aesthetic reflected in his surroundings. Nothing in his home is in excess; there is no ornament empty of meaning. There is something here about the practice lived. Yet, while his poetry can immerse the reader in sorrow, Ahilan’s tendency to unexpectedly break out into broad smiles envelops those around him in warmth. 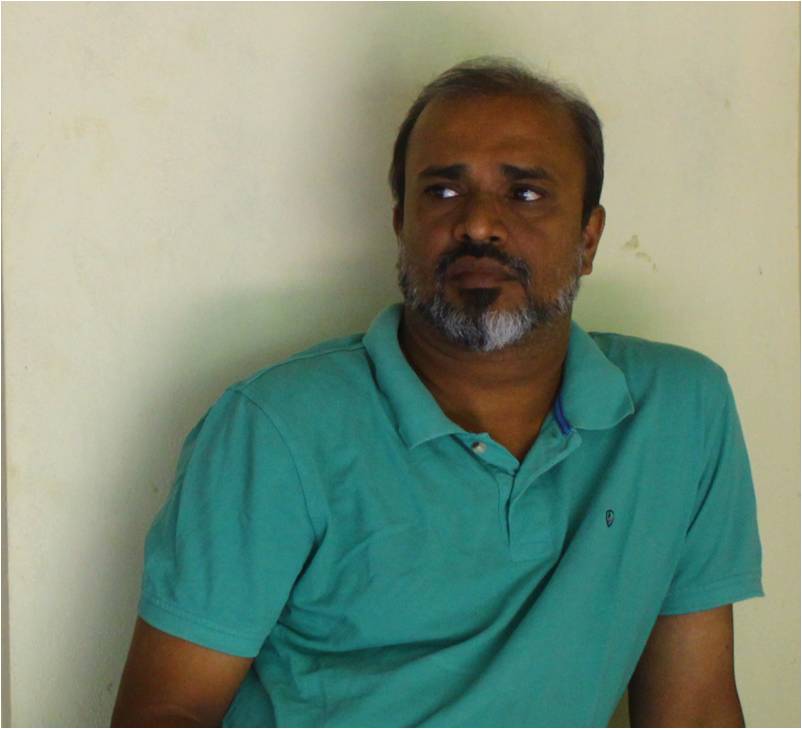 Many of Ahilan’s poems, like the epigraph here, can easily be described as memorials, but that description would not suffice. Encountering his work for the first time I realized that the preconceptions I wasn’t aware I held about Tamil poetry had been shattered. His minimalism allows him to explore a level of intimacy that would be lost in excessive description.

the same fire flares up

I am left alone rudderless

on a raft at mid-sea.

Encountering a past love in the present creates a pang that lasts briefly and is not over-explored here in narcissistic contemplation. Instead the poem reveals a deep awareness of the other, a sense of discretion and the limits of love. There is a rich visual language and a consciousness of the poem as something to be read visually and orally, and I wonder if his formal education played a role in this. “Certainly my fundamental education in performing arts and its related visual arts have spread their shadow into my poetry and have become intertwined in the language,” he says.

Asked whether there are particular influences that he thinks tether his work, he responds that all art forms have some measure of intertextuality. “As far as literature is concerned, my reading is entirely through Tamil; I absorb writings in other languages through Tamil as well. When I began writing I was deeply influenced by Russian literature, especially Anna Akhmatova and the short stories of Chingiz Aitmatov, as well as the poetry of Sukumaran. When I look back on it now, I can’t help seeing the multitude of ways in which I have internalized so much of what I have read. That is an unending road that begins with the sacred hymns of the Thevaram and Thiruvasakam, travels through Tao poetry, on to Pablo Neruda, Gunter Grass and so on.” When pressed to describe his formative years, he is reticent. “I can’t say that I have much to tell.”

Having lived in Sri Lanka throughout the civil war, he prefers to speak of it through his poetry, rather than claim a transcendent view of it. “Those of us who have spent the past four decades in the island of Sri Lanka have somehow passed through all that has happened in our own different ways. It has become profoundly rooted in us. It is a great story perhaps – like so many other stories.” I am confronted by a modest, unassuming voice that lays no large claim to historical significance, but returns to the deeply personal. “For me, the loss of my little sister in childhood, to an illness, marked me for a kind of permanent loneliness.”

to catch fireflies or

to play in the sun.

You held me with your

Prattling in your soft voice.

The bunch of flowers fell

before I could hold it.

I am walking in middle age,

the desert stretches out.

You gave me the first solitude.

It is in this sense of solitude that his poetic voice mourns the dead in his collection ‘Saramakavikal’ (Elegies). Ahilan teaches at the University of Jaffna, and I wonder what it must be like to be his student. I ask him about his teaching, and he counters: “To be a teacher means to be a perpetual student, doesn’t it? It brings you knowledge from a range of fields. It teaches you the new. It makes you think in new ways.” And do his students read his poetry? “I think perhaps a few of them at least might have.” I think of a student encountering Ahilan’s poetry later on and wondering who this man was, whose class they had sat in for months on end.

In addition to his teaching and writing, Ahilan is an archivist, and has been involved in archiving Jaffna’s heritage – work that has been carried out for more than two decades by the Fine Arts Department of Jaffna University. He cofounded the Sri Lanka Archive of Contemporary Art, Architecture and Design, an organization based in Jaffna that foregrounds materials related to contemporary Sri Lankan art. “These are the two archives we operate jointly. We also include the archival work we take up as a result of independent research we do beyond that as well. In this way I have also begun archiving colonial period architecture in Jaffna.” Ahilan’s series of newspaper articles on Jaffna’s heritage sites were published in book form two years ago, to much acclaim.

Anticipating his upcoming visit to Toronto, I ask him about his experiences visiting the Tamil diaspora. Does he feel that there is a sense of shared identity? “What is shared identity? Isn’t it having a set of traditional practices that we hold in common? When you look at it that way, we can identify a tremendous number of shared practices held in diaspora. But I am doubtful that they hold the same interpretations. When we examine them within the context in which they function, I think it becomes vital for us to question the rigidity with which those definitions are held. Tamil identity – it’s definitely not associated with language today. Though it contains many practices that were arrived at through language, it is a Tamil consciousness that is relevant today.”

I am surprised by this response, coming from someone so invested in language. Yet it is the kind of response that makes me hopeful for young Tamil people, who through war, migration and displacement have lost access to the language. It is a worldview that is reflected in Ahilan’s work – thoughtful, critical, compassionate and grounded, in spite of everything, in an abiding faith in humanity.

P. Ahilan will be speaking at a conference conducted by the Tamil Worlds Initiative on the 1st of June at the Asian Institute at the Munk School for Global Affairs, University of Toronto.

He will be reading from his work at the Tam Fam Lit Jam on the 9th of June at Glad Day Bookstore.

His collections ‘Then There Were No Witnesses’ and ‘Ammai’ will be launched on the 17th of June at the Markham Civic Centre. 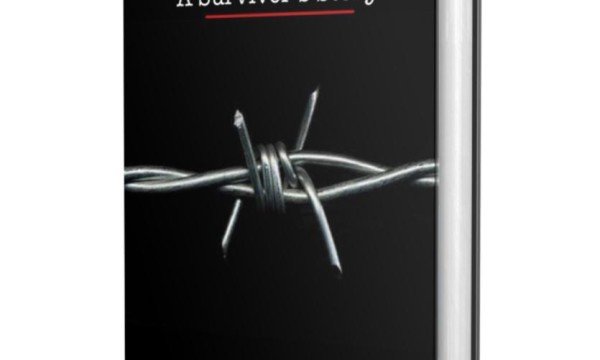 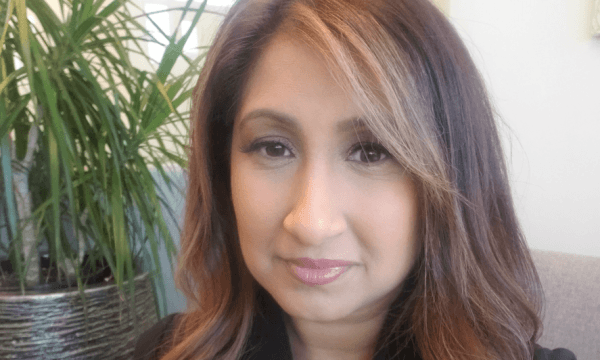 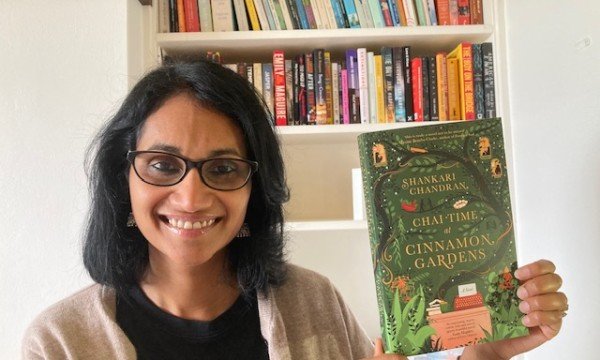 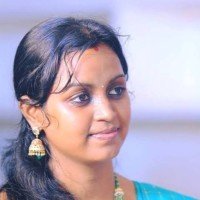