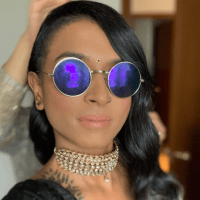 Ketussa Sotheeswaran
Activism Canada
Ketussa (pronounced Kay-thu-sha) Sotheeswaran is a proud Queer Canadian Thamil woman who enjoys traveling the world and learning about different communities as much as she loves to eat from there. She was born in Sri Lanka the same year as the war got serious, which led her parents to escape a month after. Growing up in Scarborough in the 90s, she experienced the stigma of being a refugee and witnessed the turmoil in and against the Thamil diasporic community. As a result, she struggled with understanding of what it meant to be Thamil in Canada. Being young during this time she also struggled with the conflicting identities of being opinionated, queer, a feminist, and a woman. This discouraged her from getting involved in her own diasporic community for a good part of her adolescence.

While studying Political Science, Women’s Studies and Religious Studies at the University of Waterloo, she was the first Thamil women to coordinate its Women’s Centre for a few years. Getting involved through feminist organizations in university, she realized a lack of representation for marginalized communities and the need for it. Her realization helped her create a space within the university for those that didn’t have one and to help them get involved. Seeing the benefits of inclusion and the importance of sharing and discussing opinions without judgement, she saw the benefits of outreach work and support in the community for everyone.

After returning from years of working and traveling southeast Asia, her goal has been to get involved in the Thamil community to give back and be a voice amidst the varied identities that make the Thamil diasporic community. Coming across A.N.B.U seemed like a calling at the perfect time. This is an organization that has identified the need to create conversations on abuse through several forms. Kaythusha believes in order to see any positive and effective change there must be several platforms that encourage differences of opinions. She is extremely excited to be part of A.N.B.U to help grow and create awareness within and outside of the community. Her goal is to use her own experiences and all that’s she learned to allow all sorts of discussions to ultimately create a kind way of living without condoning abuse.
Followers 3 Following 2
Connect Back to profile 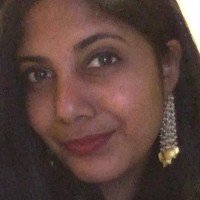