Bharathiyar, also known as Subramanya Bharathi, is one of the most recognized household Tamil names. Born on December 11, 1882, Bharathiyar passed away at the age of 38 on September 11, 1921. 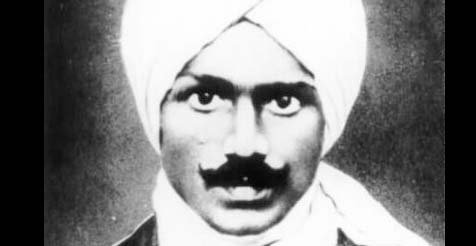 Bharathiyar, also known as Subramanya Bharathi, is one of the most recognized household Tamil names. Born on December 11, 1882, (he would have celebrated his 130th birthday), Bharathiyar passed away at the age of 38 on September 11, 1921.

A pioneer poet, journalist and activist, Bharathiyar paved the way for modern day Thamizh poetry and was an avid supporter of feminism - advocating for women’s rights. He was also outspoken about the Hindu caste system, refusing to identity with his Brahmin upbringing in order to make a point that all were equal.

Practically a century later, Bharathiyar continues to influence the Tamil culture. Here are some ‘Did You Know’ facts about this legend.

1.     Girls must not be married before attaining the age of puberty.

2.     They must not be compelled to marry a man whom they don’t fancy.

3.     Even after marriage she should have the freedom to live apart from her husband; she shall not be put to shame on this score.

4.     Girls must get an equal share in ancestral property.

5.     After the husband’s death, women must be allowed to remarry.

6.     Women who would prefer to remain spinsters must be allowed to do so, provided they are able to earn a living by business of handicraft, independently.

7.     The condition laid on women that they must not speak to or associate with men other than their husbands must be removed, as this is born out of fear and jealousy.

8.     Women like men, must be allowed the advantages of higher education in all the branches of knowledge.

9.     If they are qualified to employ themselves in any government jobs, this must not be prevented by law.

10. There is now no use to pleas for women’s rights in government as even men in the country do not have it. However, if the country were to become independent soon women must be given a share in the government as men.

People The Fascinating Life of Saraswathi Rajamani, One of India...