Lux Plus Limo
Limo rentals wedding limousine services
Canada
Connect
Is a member!
Join now to network with Tamil professionals worldwide.
Request To Join
Already have an account? Log in
Follow us

Join for Free Today
no category
Read in Tamil
Casteism in the Tamil Community
We had all just celebrated the new year, 2018. I was in town and wanted to make sure I had time to meet up with some close friends. A conversation with my girlfriends eventually lead to the topic of marriage. One friend’s mom had pressed the issue of jaati (caste) when looking for potential spouses for her. The other friend claimed one must always look at the caste of a future spouse before agreeing to marriage. 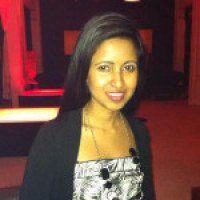 We had all just celebrated the new year, 2018. I was in town and wanted to make sure I had time to meet up with some close friends.

A conversation with my girlfriends eventually lead to the topic of marriage. One friend’s mom had pressed the issue of jaati (caste) when looking for a potential spouse for her. The other friend claimed one must always look at the caste of a future spouse before agreeing to marriage. Another friend, a mother of two, stated that both she and her husband would look at caste and how important it was to maintain it. My guess is that they will pass this thinking onto their children.

I sat there dumbfounded. Were we really having this conversation in 2018? All this time, I had thought I was friends with open-minded individuals who valued respect for all. I was wrong.

In that moment, I found myself asking “Should I end my friendship with two of my friends because they believe in this divisive, prejudicial and archaic system? Or do I agree to disagree and maintain the friendship?”

The demographics of my Tamil friends are reflective of today’s younger generation: they were born or raised in the West, educated here and grew up with friends of all backgrounds. And yet, here they were preaching the importance of casteism. The same people who did not believe in shade-ism went on to preach the importance of maintaining casteism. The same people who preached respect for all regardless of race, religion and ethnicity went on to put down their own people on the basis of caste. 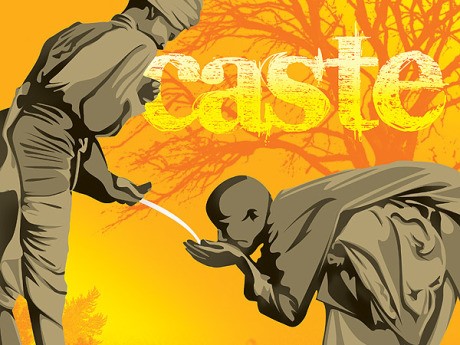 Growing up, I remember hearing my parents mention this word. When I asked what it meant, they replied that it was a bad word and not one I should know about. I remember later hearing stories of how in the “olden days” when people of high caste were present in the temple, lower castes were not allowed to enter or even look at them because their sight brought bad luck. What was the temple in question? The revered Nallur Kandaswamy Kovil in Jaffna.

The next time I heard this word was in high school. Two Tamil friends boasted that they were members of a higher caste and talked down about those in lower castes. This experience reinforced what my parents told me when I was a child – that it is a divisive system and I wanted nothing to do with it.

Where does the caste system come from? The caste system is not original to Tamils, the Dravidians. It is a concept introduced to the Tamil people by invaders.

“M. Bamshad et al (2001) states that Indo-European-speaking people from West Eurasia entered India and its subcontinent and diffused with or displaced indigenous Dravidic-speaking populations. Subsequently they may have established the Hindu caste system and placed themselves primarily in castes of higher rank. It has been reported that the upper castes have a higher affinity to Europeans than to Asians and upper castes being more similar to Europeans, whereas lower castes are more similar to Asians.”

The system is still unjust and regressive – it traps people into a fixed social order. Different caste members lived in segregated colonies and it positioned people into occupational groups. Those in the upper castes enjoyed many privileges at the expense of the lower castes. Traditionally, caste dictated almost every aspect of social life; it determined the type of occupations one could pursue and the social interactions one can have with members of other castes. According to traditional culture, one is stuck in their place in the hierarchy for life and so are future generations. 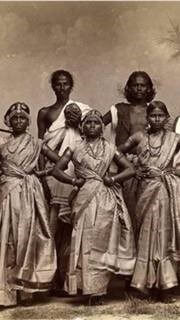 Traditionally, caste was a major component of the societal interactions between Tamils. It is not so much anymore. In the context of the West, caste is not a daily part of our lives. It is, however, articulated in selective instances. It arises significantly in the topic of marriage. Many relationships and marriages have broken down in the name of caste.

“It is said that persons in each group must be careful to preserve the relative purity of their own group and to avoid close contact with persons of lower purity; otherwise, they may sully or "pollute" themselves or the members of purer groups.”

For other aspects of life such as in business, caste is not as pronounced. Caste becomes invisible when one benefits from the business transaction attained from the person. This is also true for friendships. One doesn’t ask what caste a Tamil person is from and depending on the answer, choose whether to form a friendship. Therefore, when one has something to gain from another person, the caste question goes away. Yet when it comes to marriage, the continuation of caste becomes all important.

January has been officially declared as Tamil Heritage Month to “recognize the contributions that Tamil-Canadians have made to Canadian society, the richness of Tamil language and culture…” During this month, many are taking pictures in cultural clothing and posting them on social media celebrating their virtuous tie to the culture. This is fun to do and one does look “cultural”.

But doing this is not what will maintain the unity and richness of our culture. Addressing divisive issues such as casteism and checking our biases is what will foster the unity of our people who make up that culture. Unless we address the subtle and not so subtle discrimination that exists within our community, our unified façade is just that – a façade.

Real progress requires us to address these ugly truths about ourselves. While we celebrate Tamil Heritage Month, let’s take the opportunity to remember, celebrate and educate future generations about the progress we have made and the ones we have yet to make.

There is silence to the addressing of this issue by those of particular “caste heritage” who possess caste privilege. The caste pride possessed by those in the upper castes perpetuates discrimination of lower castes. The caste obliviousness that occurs leads to the silence. 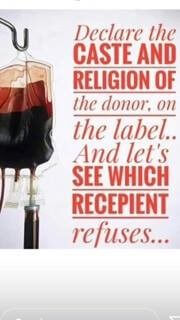 The caste system is one of exclusion and discrimination. It affects how people are treated. The parallels of racism to casteism exists – both make the “undesirables” feel unaccepted and unwelcomed. If one form is not accepted, why is the other? We Tamils, whether foreign born or national citizens, are unified in our markers as Tamil-Canadians, as part of the bigger diaspora. We, the Tamil diaspora from the state of Sri Lanka, fled a war and migrated here as refugees. If race has no place in our society here, how is caste justified by those same people?

The fact that this issue persists in Tamil society in 2018 in a country so far away from our homeland is astonishing. Caste has no place in Western society. Even subtle discrimination has no place here. Social mobility eliminates the validity of the original constructs of caste from our homelands. We live in a land of opportunity, yet we exclude members of our community from “not being able to eat at the same table.” Many in our community are still holding on to age old claims of caste identity for dear life. In the process, they are dividing and discriminating against their people from within.

Will caste identity be reproduced? Are people’s connections to caste being shed? Will more education, open-mindedness, and greater integration into mainstream society and social mobility lead to less allegiance to caste? There are those who are conscious of and refuse to use caste labels – myself included.

I refuse to identify and separate people based on this imaginary discriminatory system. To judge someone based on what one’s ancestors did for a living is absurd. According to this system, it puts everyone in a ranking. Do I know where my imaginary ranking is on this imaginary system? No, I do not. Do I want to know? No, I do not. I do not want to know for I do not believe in it but most importantly, I do not want to pass this system on to mine or anyone else’s children – the next generation, the future. 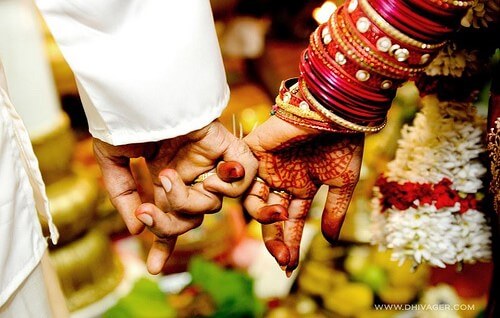 This article is dedicated to all those who have ignorantly informed my concept of this word which I hope would be extinct in our society, along with any other concept that divides people. My hope is that these claims to caste identity is being contested and challenged and will continue to be so.

I take comfort in knowing that culture is dynamic and fluid rather than static and stagnant. This means that culture changes all the time, every day, in subtle and tangible ways. There are rich elements of our culture which should remain, but the damaging elements must change and be eradicated for the better – in time.

I am at ease knowing that the fact that my three friends think it is okay to divide people on the lines of caste now does not mean that it will hold such place of importance in their or our collective consciousness in the future.

The Tamil diaspora has overcome tremendous obstacles after our arrivals and have made significant contributions to the growth and prosperity in our new homeland. May we continue to grow as a diaspora, as a dynamic, progressive community that is rich in culture that is inclusive and respectful of all its people.

Jenopa Arul
no location
Connect
Have a story to share? Get started here!
Write an Article
Meet Tamil Singles 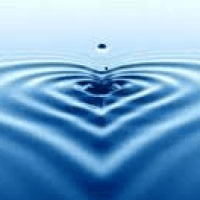 Mazhai Kuruvi
Teacher
Canada
Connect
Is a member!
Join now to network with Tamil professionals worldwide.
Request To Join
Already have an account? Log in